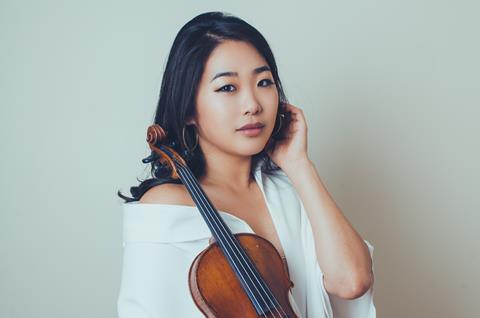 Presented as part of the Lincoln Center Chamber Music Society’s Restart Stages events, Kristin Lee and Matthew Lipman performed three familiar duo works and one less often encountered. The room’s painted decoration and large windows were a striking backdrop for their performance before a small but enthusiastic audience. The opener, Mozart’s Duo in G major K423, is the first of two that he wrote in 1783, supposedly to aid Michael Haydn. That story was retold in remarks that preceded the work (also done elsewhere on the programme). The sound of Lee’s 1759 Nicolò Gagliano violin was complemented by the rich warmth of Lipman’s 1700 Gofriller viola.

The brother and sister Joseph and Lillian Fuchs were recalled as the dedicatees of Bohuslav Martinů’s Three Madrigals, written in 1947 during his US residence. Playing with flair and expressiveness, Lee and Lipman made each of them an adventure. Spohr’s Grand Duo op.13 was played affectionately and with lots of colour; its alternating introspective and brilliant passages were nicely delineated within a style more intimate than the similar works of op.39. The final work, Halvorsen’s Passacaglia (1894), arranged from the final movement of Handel’s Harpsichord Suite in G minor, got a full virtuoso treatment but the players’ relentless brilliance rather short-changed the several important contrasts of mood within the work.