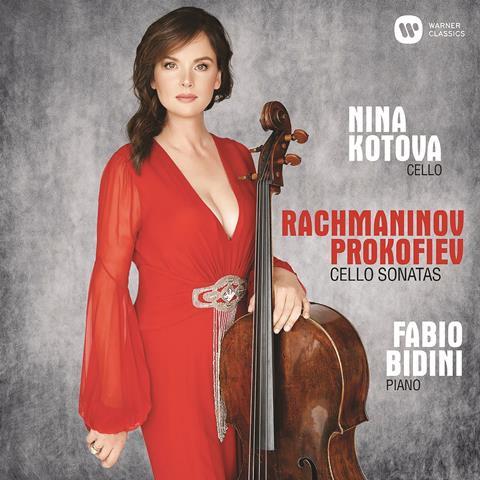 Nina Kotova brings a full, rich cantabile to the broad and masculine melody that opens Prokofiev’s C major Sonata. Her C-string †¨tone sometimes booms into the microphone, but in the sunken pyrotechnics of the scherzo and finale she struggles against Fabio Bidini’s piano. Their partnership is otherwise sympathetic, though more fired up by Rachmaninoff’s Sonata; it’s only the veiled quality of the recording that prevents fuller enjoyment. They present a persuasive, less extrovert or hectic alternative to Yo-Yo Ma and Emanuel Ax (Sony) in music that has tended to wear its heart on its sleeve; instead, Kotova brings a welcome, sunny lyricism to the opening surge of the Rachmaninoff, though her A-string sound is a little pinched in the more reflective second theme. The best-balanced playing on the disc is to be found in the two Tchaikovsky items: far more substantial than mere encores, at least as Kotova conceives them. After her idiosyncratic Bach Suites on Warner (reviewed in November 2014), this disc finds her near her best; it’s just a shame about the recording’s lower register.