What does the future hold for string musicians?

As The Strad celebrates its 130th anniversary this month, Charlotte Gardner examines what might be on the cards for players 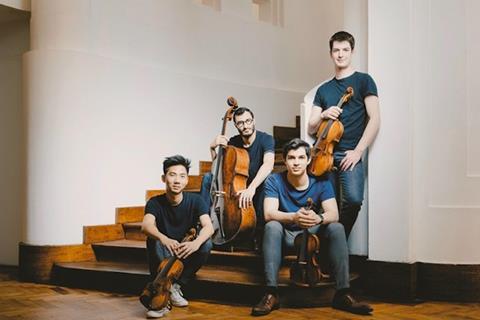 The following is an extract from our cover story in our May 2020 issue. To read in full, click here to subscribe and login. The May 2020 digital magazine and print edition are on sale now.

Shifts and tipping points – all words that have been popping into my head as I’ve tried to grapple with this dream brief to assess from a player’s perspective where the strings world is sitting in 2020, and to where we might be heading.

It’s exciting times in general for the classical sector too, because the digital age has been a game changer for us. Music streaming means classical is no longer in the CD shop basement but instead sitting on playlists alongside Ed Sheeran. Social media is helping listeners engage with artists as never before: hence, glorious statistics such as the ten per cent rise in classical music consumption in 2018, reported by the British Phonographic Industry (BPI). Plus, many of these are younger listeners.

February’s RAJAR (Radio Joint Audience Research) figures announced a 59,000-strong increase in listeners aged 10–24 for Classic FM radio compared with the year before, while the Bournemouth Symphony Orchestra has recently seen a year-on-year rise of 21 per cent in concertgoers under the age of 18.

Indeed, UK orchestras are finally emerging from a decade of uncertainty to report a 23 per cent boost in earnings since 2016. Also in rude health is philanthropy. Since its establishment in 2011, Beare’s International Violin Society has helped more than 120 musicians to find fine instruments, including our February cover stars the Ébène Quartet, and it’s increasingly noticeable that collectors are no longer thinking solely of investment returns, but also of social and philanthropic impact.

The great news is that huge numbers of string players are not just reacting to this climate but in some cases actually instigating it. For example, it’s string players who are leading the way in launching pop-style video singles, including 21-year-old British cellist Sheku Kanneh-Mason (incidentally, one of the names the BPI credits with that rise in classical consumption). Or there’s the Instagram-savvy Arod Quartet, eschewing traditional classical presentation with their matching couture suits and sleek photography. Meanwhile, the kings of classical YouTube are Australian violinists Brett Yang and Eddy Chen, with their TwoSet Violin comedy act attracting more than 3.5 million social media followers.

The read the full article in our May 2020 issue in which stringed instrument expert Philip Kass looks at the future of the industry and music journalist Charlotte Gardner examines what might be on the cards for players, click here to subscribe and login. The May 2020 digital magazine and print edition are on sale now.