‘There wasn’t any proof that our hard work would pay off. For a long time it didn’t’ – TwoSet Violin on their rise to fame 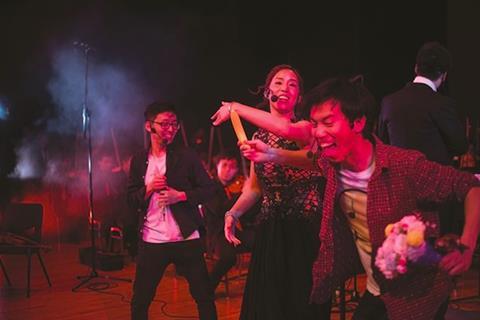 In social media terms, the definition of ‘viral’ is relative – some people get a million subscribers overnight. ‘That wasn’t us. It was a gradual process,’ Brett says. Still, they realised they were making a connection with people, by defusing with humour the very real pressures of training to be a professional musician. ‘The other people in the world who are learning classical music are all humans too,’ says Eddy. ‘Behind the very professional recital is someone who goes through the same pains and struggles as everyone else, and has the same roller coaster of emotions. And we found a huge community online that shares the same feelings.’ However, if anything, their growing success online brought concern rather than celebration from those around them. ‘“Are you sure you should be doing this?” they asked. Parents, teachers, students, friends… there was definitely social pressure,’ Eddy says. ‘They were worried about us wasting time on this thing that to them didn’t make sense,’ Brett adds. ‘And to be fair, there wasn’t any proof that it would pay off. For a really long time it didn’t. In the first three or four years there was almost no growth. It was slow. We just stuck at it.’

something clicked in that moment as I suddenly realised that there we were so many musicians practising hard, learning so much music, and the person who was essentially the gatekeeper of our futures might have been doing it whimsically.

The gear change came with their first ever live show, and how it came about sounds like the set-up for a TwoSet Violin skit. ‘I had a competition in 2017,’ says Eddy. ‘It was a national-level violin competition, and I got into the semi-finals, played well, but didn’t get into the finals. I remember the only real feedback from the judge was that I didn’t look at my pianist enough. I’m sure there might have been other reasons, and I’m not discrediting the other performers – it’s more like something clicked in that moment as I suddenly realised that there we were so many musicians practising hard, learning so much music, and the person who was essentially the gatekeeper of our futures and our careers might have been doing it whimsically. It didn’t sit very well with me. ‘I was really frustrated. At the time, Brett was in Europe on a trip, so I gave him a call and said, “Hey, bro! I’ve booked a venue. We’ve got a concert in two months.”’ As Eddy dissolves into laughter, Brett takes over: ‘I was like, hold on. We haven’t even… we don’t… wait, what are we doing?!’ It wasn’t a total shot in the dark – they had an actual fan base online by this point. But a few thousand regular clickers don’t necessarily translate into a ticket-buying, real-life audience, at a specific time, in a specific location. ‘It was the coolest feeling when we walked on and the whole crowd cheered,’ Eddy says. ‘That was when I realised, “OK… We should probably be doing a world tour.”’