‘Strength of sound in a grumble of cellos’: Kronberg Festival 2022

Simon Mundy reports back from this year’s edition, which included the opening of the Casals Forum 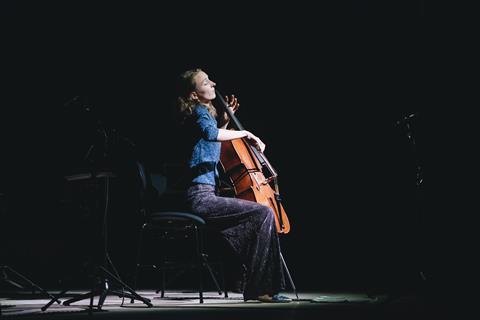 Kronberg sits on the hills above Frankfurt and these days is a plush suburb, the city’s equivalent of London’s Hampstead: all timber frame and stone houses. The town has hosted a post-graduate academy for gifted strings players for more than 20 years, coached by a glittering roster for visiting mentors. Each autumn a festival is constructed around both, with the established names playing alongside their emerging rivals. From this year, though, the whole enterprise has moved up another gear with the opening of two new concert halls, the Casals Forum and the smaller Bechstein Hall, and dedicated teaching block, helpfully situated at the bottom of the steep hill next to the railway station.

Naming the hall after Casals reflects both the centrality of cellists to the academy’s work and the political ideals of peaceful resistance to autocracy and the healing power of music that Pablo Casals espoused. The link was emphasised with the first music played in the hall to an invited audience before the festival started properly; Marie-Elisabeth Hecker entered in the dark to play the prelude to Bach’s first Cello Suite with splendid assurance. It was followed by Olli Mustonen’s Apotheosis In Memoriam Pablo Casals, a chance for a quartet of the Academy’s current young players (Erica Piccotti, Ella van Pouke, Santiago Cañón-Valencia and Brannon Cho) to show strength of sound in a grumble of cellos. Towards the end of this precursor concert the lovely agility and richness of Mairead Hickey’s violin stood out in a brisk reading of Mendelssohn’s Octet.

The venue and festival opened to the public on Saturday with two of the Academy’s successful violin alumni, Irène Duval and Seiji Okamoto, pairing up as soloists in Bach’s Double Violin Concerto. Their partnership was accomplished, though they took the largo second movement a trifle fast for my taste, but the real test came in the final Allegro when a gut string on Okamoto’s violin snapped and he had to borrow Chamber Orchestra of Europe’s Henriette Scheytt’s instrument. The odd thing was that the match with Duval’s was instantly better, suggesting that the previous occasional inequalities between them had nothing to do with the players but with their violins themselves. 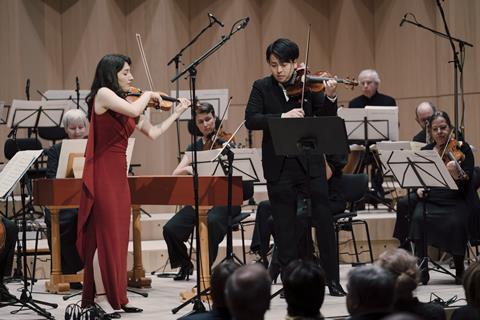 That the hiatus had no lasting effect on the performance was a real tribute but there were stiff challenges to come for both that evening. They had to fill the considerable shoes of Janine Jansen, who was too ill to perform, in the late night concert in the smaller Bechstein Hall, with repertoire that was far from easy for substitutes. First, Okamoto was bright and brilliant in Messaien’s Theme and Variations, then Duval joined Steven Isserlis for Ravel’s extraordinary Sonata for Violin and Cello, which ranges between the weirdly ethereal to almost Bartókian abandon. Duval does not quite have Isserlis’ subtlety and range of expression yet but their joint quest to undercover Ravel’s elusive score was enthralling. When they were joined by violist Timothy Ridout and pianist Mishka Momen in Fauré’s Second Piano Quartet the partnership blossomed further, with the three string players relishing the veiled beauty of the Adagio.

In between, in the big hall (550 seats) Vadim Gluzman and the Chamber Orchestra of Europe gave one of the most astonishing performances of Tchaikovsky’s Violin Concerto it has been my privilege to hear. Gluzman’s playing is intensely idiomatic of the Russian style - big sound, plenty of rubato and vibrato (though not overdone). Gluzman coaxed every ounce of romance and flamboyance from the Stradivari that had been played by Leopold Auer, who had so pompously rejected the concerto at first.

In theory Gluzman was directing the orchestra too but in reality the CoE guided itself with only a gesture or two from either him or the leader, Stephanie Gonley. Quite how the players managed to play with such precision and rhythmic accuracy was a marvel. Here was a symphonic band playing like an octet and the interplay between the four wind principals - flautist Clara Andrada, oboist Philippe Tondre, clarinettist Richard Hosford and bassoonist Matthew Wilkie - was gorgeous, especially in the second movement Canzonetta. Gluzman was rightly grinning with pleasure as he responded.

The early Sunday evening concert had Pinchas Zukerman playing Schubert’s Trio D898 with cellist Amanda Forsyth, his wife, and pianist Shai Wosner in the town’s church. I had not heard Zukerman live for many years and it was good to find he is still playing with his old accuracy and strong tone. Nonetheless this was a strangely tame performance and one would never have guessed that he and Forsyth had more than a fleeting relationship. Zukerman sat at a distance from and barely glanced at his companions. The effect was less disconcerting when listening with closed eyes.

The achievement in raising the money from private-public partnership sources for the new buildings by the Academy’s founder and Intendant, Raimund Trenkler, is impressive. Just as impressive, though, is the mix of extraordinary tutors with top of the range young musicians that the festival showcases. Add in the long-term residency of the Chamber Orchestra of Europe, and Kronberg is going to be an essential destination for string devotees for many years to come.