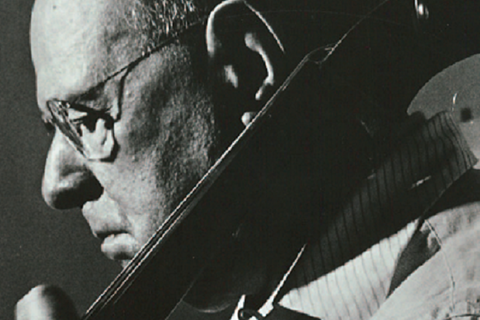 Casals has long been accepted as the greatest of all string players. His playing was marked by a unique fusion of musicality and technique. But, while many of his technical innovations have now passed into standard cello practice, the same cannot be said for his ideas on intonation.

For him tone and intonation were indivisible. He believed that 50 per cent of a player's total expressive power lay in intonation. When asked what was the secret of his playing, he would say: 'It is my intonation: I know where each note is to go'; and though he believed in knowing where each note should go on the fingerboard, he believed paradoxically that for each note there are many possible placings, to be determined by the context.

Many musicians no doubt play by instinct in ways that accord with those views, but an understanding of the principles may still be a help. What is said applies equally to string players, singers and the players of some wind instruments.

The positions of the notes in a scale are, of course, roughly fixed by their underlying mathematical relationships. Their exact placing depends, however, on the relative strength of the melodic or harmonic influence at any given point. Casals believed that only through exaggeration could a player or actor reach his audience or an artist jump out of his canvas. His scale was not the one generally used by string players ('just' intonation, with occasional sharpening of leading notes or flattening of other notes to enhance expression): his normal scale was made up of exaggerated melodic intervals which would themselves be modified when the context of the music demanded. In other words, he worked from the melodic to the harmonic, not the other way round.

Read: How to develop secure intonation, by cellist Maria Kliegel

When the notes of a phrase are essentially melodic, there are certain 'attractions' which govern their placing. For example, in the diatonic major scale (rising), the second and third notes are drawn towards the fourth (or note of attraction); the sixth and seventh notes are similarly drawn towards the octave. The fourth and fifth notes (together, of course, with the tonic) are the more 'immovable' notes, and for this reason are usually the notes of attraction. It follows from this that some intervals will be drawn out of their more normal size, the major and augmented intervals becoming larger, the minor and diminished ones smaller. Extreme examples of this within the scale are the major 7th, which becomes nearly the size of an octave, and the minor 2nds, which become minute. The essence, then, of the approach is exaggeration - exaggeration of the bigness or the smallness of an interval.

Casals formulated this 'expressive' intonation, as it has come to be called, in the following way: reckoning always from the more immovable note of the melodic scale at any given time, major and augmented intervals become extra large, minor and diminished intervals extra small; the whole tone and the 5th have a tendency to be large, while the 4th and minor 7th tend to be small.

When, on the other hand, the notes of a phrase are essentially harmonic (i.e when the ear can take in explicit or implicit changes in the harmony), some notes will require modification to fit the intonation of the more immovable notes in each new chord. Modification consists of a slight raising of a note that would have been played low in expressive intonation, or lowering of a note that would have been played high. The art is to know how much to modify. Everything depends on the ear - what underlying harmonies it is hearing.

Casals often referred to the pitch of notes being dependent on the speed of the music. This speed, I believe, lies in the frequency of the harmonic range, or on the extent to which our ear can take in succeeding harmonies. A scale then (which in any case will be played slightly differently in ascent and descent) will vary in intonation according to its speed of execution. This may be difficult to achieve, but the necessary adjustments to pitch will give greater brilliance to tone. As in all creative music-making, an element of risk is taken for granted.

Although there are so many possible placings of a note, then, we should know them all. While the best use should be made of the mechanics of an instrument, fingers should be almost entirely guided by the demands of the music. Casals believed that by combining perfect anticipation with letting the music take charge, we have at least a fair chance of playing in tune; confidence in this anticipation comes by constant correcting and retesting.

Read: Returning to playing after a break: top string teachers share their tips

A few special points may be mentioned. A trill, being based inevitably on one chord, must always be played expressively. Although one commonly hears played a suitably narrow semitone trill, what is not so common is to hear a whole-tone trill made wide enough.

In any quick-moving passage, it is helpful to realise that a diatonic semitone (eg C to D flat) will be small, while usually a chromatic semitone (eg C to C sharp) will be less small. It is worth adding, however, that a G sharp (for example) is not always sharper than an A flat. Everything will depend on the context.

The effect of our intonation will often be different according to whether a passage is being played forte or piano, and so Casals believed in tuning-up with a mezzo-forte sound (though tuning on the platform would naturally be done quietly). As the bow has a distinct influence on playing in tune, intonation can be made or marred by phrasing.

Frequently correct intonation of stopped notes can make the open strings sound out of tune. Casals said that here it is better for just four notes to be out of tune than every note - and a touch from the left hand or the bow could do much to help these four notes when necessary. Similarly a stopped note will often not be quite in tune with a resonating harmonic, but Casals maintained that if the attraction of another note required this, then your instrument would actually ring better this way.

Casals did not believe in modifying to fit the intonation of a piano when playing sonatas. A much more vital partnership exists between the two instruments when the stringed instrument plays as is right for the music, even though this sometimes means that they are playing the same note at different pitches. Importantly, he felt it necessary to tune his A slightly sharp for work with a keyboard.

People who know Casals' playing only in his extreme old age or from the records of the Bach unaccompanied suites may not have an adequate idea of his greatness. In his last years he did occasionally omit to modify the exaggeration of intervals; and as a pioneer in the recording of the suites he sometimes made excessive rubatos (though never in live performances). These are mere incidents in the musical life of a man whose playing was notable for its simplicity, and whose purity of intonation was unsurpassed.

This article was first published in The Strad's October 1983 issue.

Read: Open to change: a history of scordatura

Read: A 30-minute daily practice routine for violinists and violists