Cellist Lynn Harrell on the art of playing up high 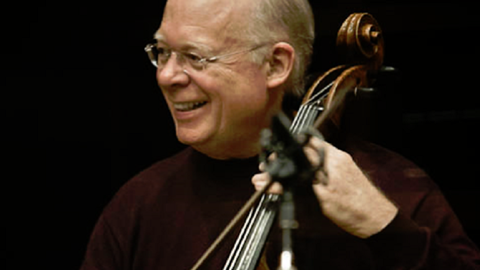 A lot of our troubles with playing high up - on all stringed instruments - stem from our lack of exposure to that register. We just don’t spend enough hours playing up there. For fiddle, viola and cello, high playing is outweighed ten to one by lower playing in symphonies, quartets and operas. But the stuff up high requires much more precision and therefore much more practice.

Some time ago I was very frustrated with my own intonation above harmonic A, so I resolved to devote myself entirely to practising in this register for three weeks (aside from my orchestral playing with the Cleveland Orchestra), developing greater security and more precision in my movements. Of course, it was very painful because the cello has such wonderful G and C strings, and I love those registers, but I didn’t allow myself to play down there at all.

Read: Lost arts of string playing: Unlocking the secrets of the past

On the cello, shifting the second finger down the fingerboard in order to go up to the first finger, gets a lot of practice. But other shifting patterns are less frequently used. So I devised upper register practice routines using only the second and the third finger. I never really worked on it terribly fast because there’s no place in the repertoire for this. We play 2-3 slowly and lyrically so that we can get in position for other notes before or after. I also practised scales in triplets, so that the third finger got much more of a workout - you would have to slide down from fingers 1-3 several times instead of only once in a four-octave scale.

Even when people have spent enough time perfecting their tuning in the upper register, they can still become nervous about it. This is the final frontier of fixing a problem. You need to realise, ‘I can do that, and why should I be nervous about it? Look, I’ve just played it 15 times out of 15 times.’

Lynn Harrell's Technique article on creating a resonant cello sound is published in The Strad's August 2015 issue, out now. Subscribe to The Strad or download our digital edition as part of a 30-day free trial. To purchase single issues click here.