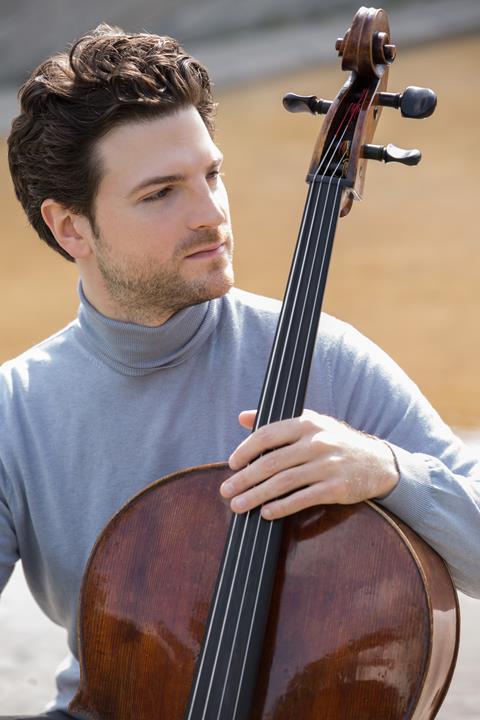 For my latest recording with the ORF Vienna Radio Symphony Orchestra and Christopher Ward for Naxos, I wanted to find a British concerto to pair with the Elgar Cello Concerto at eye level. While this is quite a tall order to fulfill, I quickly decided on Bridge’s relatively unknown Concerto Elegiaco Oration. To me, the work is one of those rare cases of a true ’hidden gem’, where the reasons for it being unknown seem not to lie in its artistic quality, as from the very first sounds of the piece there is no doubt that the listener is in for a very special journey:

Poco Lento: [00:00] The soft tremolo of the timpani evokes the distant rumble of the battlefield - drumfire. Glum chords in the strings raise a veil of fog upon which the woodwinds trace an eerie motive.

Following my first encounter with Bridge’s concerto, I was immediately taken by its powerful expressivity, the ingenuity of its musical material and its sculptural use of sound and colour. The cello part is incredibly rhetorical and while it is not a bravura piece, its technical demands are considerable and it even has a cadenza in store for the soloist. Yet the purpose of every single note in this work goes beyond the traditional concerto form, even beyond a statement in the purely artistic sense. It is an expression of grief over the tragedy of the war, mournful and of gut-wrenching beauty.

Poco Lento: [01:15] The cello starts singing the lament in the high register, gradually falling, moaning. It rises to scream in agony [02:52] and plunges back into the darkness. From that darkness of the low strings emerges a march: at first hesitantly creeping forward, slowly gaining terrifying strength - a procession of ghosts rising from their graves [03:15].

While Bridge himself had not fought in the war, he had been deeply affected by its aftermath. Several of his pupils had fallen and the following years saw a profound change in his style, moving away from the Edwardian, pastoralist works that characterised his output up until the end of the war towards a darker, more modernist language. Oration is one of the peaks of this development, masterfully shaping a rhapsodic concerto whose episodes seamlessly connect through a common motivic thread. All the while the idea of the concerto is taken to its extreme in the opposition of cello and orchestra representing cantor and congregation, individual and collective, man and war.

The Allegro sees the cello agitatedly pleading with forces it knows to be outside of its control.

Ben moderato: A dream-like episode evokes hope for beauty and peace but grows an increasingly uneasy feeling [02:02] and is soon interrupted by a terrible and grotesque march

Allegro giusto: The relentless machinery of war marches on, mercilessly crushing everything in its path.

When listening to this piece, the question arises who this Oration might be directed at. While it can certainly serve as a eulogy for the fallen, it seems to me that its importance lies elsewhere. Rather than the dead, it seems to be lamenting the living who must lead an existence with knowledge of and responsibility for the unfathomable carnage of the war. It laments a loss of innocence which can only be likened to the expulsion from paradise. The aim of this music is not to heal, for it knows the healing of this wound to be impossible, but to speak the truth. A truth which relates not merely to the war but to the very essence of human nature and its potential for havoc.

Allegro giusto [02:52] The cello seems to have given up and is sinking onto its knees singing the tune from the dream episode. All the while the flute floats above like the feverish vision of a will-o’-the-wisp.

The cadenza is full of despair and in an act of defiance the cello summons its last resources to challenge the opposing forces one last time, becoming ever more frantic [Allegro - Meno energico - A tempo energico - Allargando poco animato]. But to no avail as the creepy march returns with full force [Lento], draining the last of the cello’s energy until it takes its final breath [04:52].

Bridge’s concerto - like any piece of great art - moves us by resonating with a truth that already exists within ourselves while simultaneously making us ask questions about our very nature in ways we had not yet been able to think of.

The Epilogue, written separately from the main body of the work, transforms and transcends the foregone struggle like a soothing voice from beyond, providing solace and telling us that despite everything, we may still dare hope.