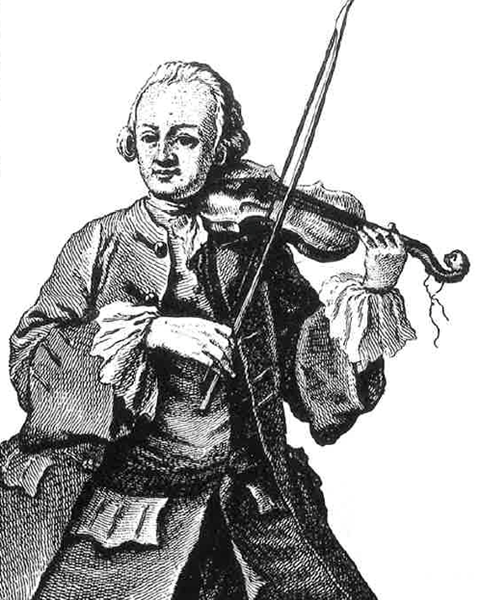 The quintessence of Baroque style is hierarchy, with some notes taking more importance according to certain rules – for example first beat stronger than resolution, with notes grouped and graded like syllables in a word.

The omnipotent rule of down bow reflects the importance of hierarchy, organising strong beats to be played with a down bow, assuming that the up bow is the weaker. The coveted equalisation of down- and up-bow strokes which developed later is inappropriate when administering Baroque bowings and articulation, regardless of which bow is being used.

I think it’s a real pity that so many musicians all over the world put themselves at the front, and in fact stand between the composer and the audience. I often feel that the music suffers, that the composer is put in the shadows by the glamour of the performance. Ironically, I think there are increasing numbers of early music performers who have that same attitude, and I do regret that.

Bach creates an artful fusion of dance and music. The composer’s intention must have been to create the illusion of dance through music. If a cellist today aspires to create an imaginary dance performance in the listener’s mind, they will also have to give Bach’s rhythms subtle inflections to create the feeling of a dance’s movement and momentum.

These inflections have to be delicately nuanced, so that they rhythms conjure the image of dance without obvious distortions. They need to be so subtle as to be all but imperceptible, in the same way that Viennese musicians accompany a waltz: the inflections are barely noticeable, but they beautifully evoke that dance in the listener’s imagination.

Ulrich Heinen, Invitation to the Dance, The Strad, August 2011