One of the most valuable things I've learned - luthier Gregg Alf 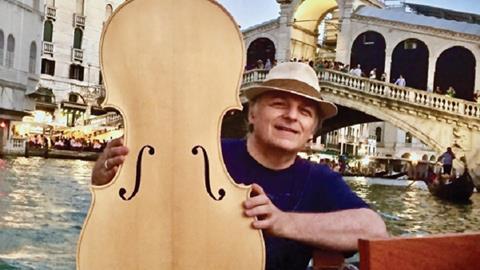 The following article is published as part of a larger ‘Life Lessons’ interview with luthier Gregg Alf in The Strad’s April 2017 issue, out now – download on desktop computer or through The Strad App.

Playing the violin as a child helped immensely with my development as a maker. Crafting an instrument is about much more than just gluing together pieces of wood; it’s about creating a sound. As a jury member at lutherie competitions I often hear beautifully made instruments let down by their tone. Often enough, these are instruments crafted by makers who don’t actually play.

I don’t mean that makers need to be virtuosos – I’d have had a miserable life as a player! It’s more about training the ears and eyes to observe and analyse great musicians at work. I’ve never been able to make a violin that’s of a higher calibre than the players I’ve spent quality time with: listening to someone perform in a concert is one thing, but if you’re able to hear them practise and rehearse you get a much better feeling for how they overcome challenges and work together with their instrument.

To read the full interview with Gregg Alf, download The Strad’s April 2017 issue on desktop computer or through The Strad App.

Read: What I would tell my younger self – violist Kim Kashkashian