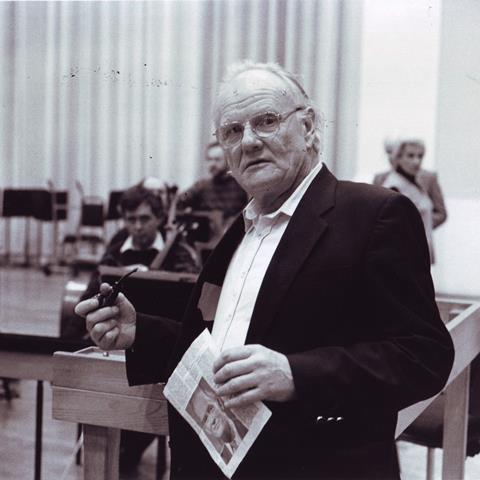 Quintin Ballardie OBE FRAM was born on the Wirral in 1928, going on to complete his schooling in Croydon and studying viola at the Royal Academy of Music in London.

Following his student years, he founded the Goldsbrough Orchestra in 1948, which, after a name change in 1960 eventuated in the formation of the English Chamber Orchestra (ECO). He worked tirelessly to run and maintain the orchestra for over 60 years, performing as principal viola until his retirement. Ballardie also served as principal viola with the London Philharmonic Orchestra from 1963 to 1970.

The ECO worked with world-class artists including Benjamin Britten (who was also the orchestra’s first Patron), Daniel Barenboim, Raymond Leppard, Pinchas Zukerman, Mstislav Rostropovich and Murray Perahia, including many others. It enjoyed distinct success, such as the BBC’s first colour television transmission of a concert, as well as the opening concert in the European Broadcasting Union’s first international concert series.

Ballardie was a recipient of prestigious awards, including an OBE for his services to music and a Fellowship of the Royal Academy of Music (FRAM)

A statement from the ECO mentioned that Ballardie was ’known for supporting, encouraging and nurturing talent, Quin was responsible not only for the success of the ECO but also the wider success of those colleagues around him who thrived off his passion for music.’

Ballardie was married to Margaret Ballardie, a highly regarded artist and art restorer until her death in 2017. The couple had three children: Carole and their twin sons David and Andrew who pre-deceased them.

Read: ‘The best viola of mine’ - Count Cozio’s 1773 Guadagnini viola