The violinist was the former concertmaster of Philharmonia Hungarica, an orchestra of refugees during the Soviet era 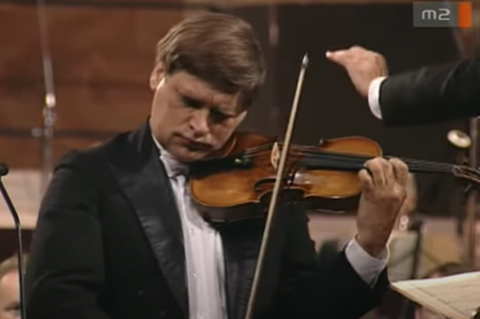 Violinist András Ágoston died on 2 January. Born in 1947 in Cluj-Napoca, he undertook childhood violin studies with Paula Kouba and Péter Zsurka, continuing his studies with István Ruha at the Gheorghe Dima National Music Academy, from which he graduated in 1972. In the same year, he won the David Oistrakh Competition in Vienna, following which he returned to his alma mater to work as a violin teacher for 20 years. He was also a laureate of the J.S.Bach,Tchaikovsky, Enescu and Tibor Varga competitions.

Ágoston was notably concertmaster of the Philharmonia Hungarica, an orchestra comprised of Hungarian refugees that fled the invasion of Soviet troops. The orchestra was conducted by Zoltán Rozsnyai, former conductor of the Hungarian National Philharmonic, initially formed in Baden bei Wien near Vienna, ultimately settling in Marl, Germany. The orchestra recorded the complete symphonic works by Haydn for Decca, with Ágoston performing with the orchestra from 1991 until the ensemble’s disbandment in 2001.

Ágoston performed extensively as a soloist, recitalist and chamber musician throughout Europe, Asia, and the United States. He was awarded the Franz Liszt prize in 2002, an honour for Hungarian musicians.

In this video, he performs the Beethoven Violin Concerto with the Bulgarian Philharmonic Orchestra under the baton of Erich Bergel.