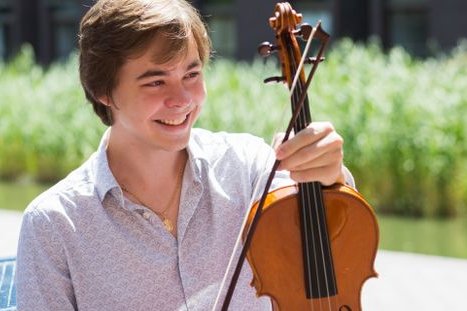 Leonid Plashinov-Johnson, one of the final eight, is a Menuhin School alumnus currently studying with Kim Kashkashian at the New England Conservatory

The 2018 Primrose International Viola Competition, held in Los Angeles under the auspices of the Colburn School and the American Viola Society, has announced the eight violists who have made it through to the semi-finals.

The competition is taking place at the Colburn School in Los Angeles in parallel with the American Viola Society Festival.

The semi-finals are scheduled for today, 14 June, 1-5pm and 6-10pm PDT and will be live streamed on the competition’s facebook page.