Orchestra of the Age of Enlightenment Refuse to Tour by Plane 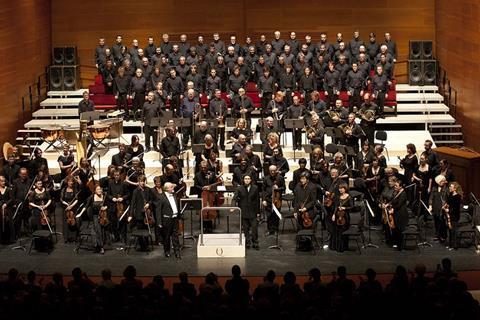 Orchestra of the Age of Enlightenment

In order to fight the climate emergency, the Orchestra of the Age of Enlightenment (OAE) will be travelling seventy-two hours by train this month, rather than plane, on their upcoming tours to Poland and Hungary.

Orchestral touring, especially by plane, is the most significant contributor to greenhouse gas emission in the sector. With aviation contributing to 2% of the world’s global carbon emissions (International Air Transport Association, March 2019), the OAE are taking action on their upcoming tour by choosing to travel by train - a far less convenient and much more expensive trip for the OAE: the journey time to Budapest will increase from 2.5 hours (by plane) to 24 hours each way.

As a democratically run orchestra, the players themselves voted to take this step to be more green in their touring practices.

Margaret Faultless, OAE leader, said: ‘The OAE players on this trip have all signed up to this revolutionary shift in touring. It had to happen; but it’s not easy. The climate emergency requires action alongside conversation, and we are all really proud that the OAE management and board supported the players’ request to DO something in support of greener, more sustainable touring.’

Crispin Woodhead, OAE Chief Executive, commented: ‘I am very proud to be part of an organisation that is prepared to hold its hands up, come clean and account responsibly for the impact of its activity. We have undertaken a thorough analysis of our carbon impact in the current 19-20 season and we are determined to make positive changes. It’s a case of actions speaking louder than words.’

In order to assess and share the feasibility of travelling by train, the OAE are taking their videographer to film the journey. The film will capture the extent that an orchestra has to go to in order to be green. Zen Grisdale, OAE videographer, commented: ‘We want people to see our film and take action. We have a wide reach with our videos – some have over 2 million views. If 2 million people see this film and are encouraged to reduce their carbon footprint, even by a little bit, then just think what the impact could be.’

The OAE will be touring to the Filharmonia Szczecin in Poland on 21 February and the Béla Bartók National Concert Hall in Hungary on 28 February.