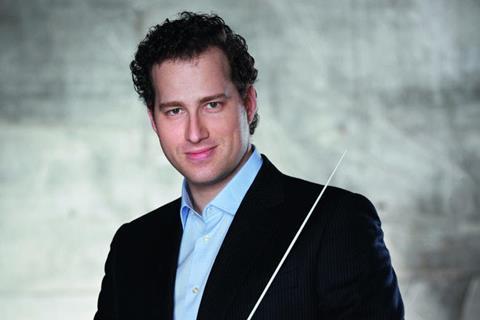 Nikolaj Szeps-Znaider, who recently changed his artistic name Nikolaj Znaider back to his original and passport name, has been announced as the new Music Director of the Orchestra national de Lyon. The 43-year-old Danish musician will take up the position in September 2020 for a period of four years, succeeding Leonard Slatkin, Music Director from 2011 – 2017, who now holds the title of Honorary Conductor.

Szeps-Znaider has held positions as Principal Guest Conductor of both the Swedish Chamber Orchestra and Mariinsky Theater Orchestra in St. Petersburg and regularly conducts many of the world’s leading orchestras, including the London Symphony Orchestra, Cleveland Orchestra, New York Philharmonic and Chicago Symphony.

He has conducted the Orchestre national de Lyon in two programs since his debut in December 2017, and says of his new appointment, ‘I couldn’t imagine better circumstances under which to begin this next chapter of my musical life.

The Orchestre national de Lyon… is already a marvellous ensemble with its own distinct sound and the musicians have a healthy pride in their heritage whilst possessing the hunger necessary to climb to and reach new heights. It is an honour, a privilege and above all a great pleasure to be joining them in this quest.’