’Janine Jansen: Falling for Stradivari’ will have its premiere at the Curzon Mayfair in London on 2 September 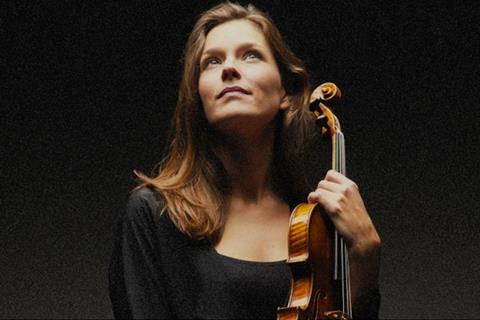 A new feature documentary will follow violinist Janine Jansen as she embarks on an opportunity to record a new album on twelve of the world’s most valuable Stradivari violins.

Janine Jansen: Falling for Stradivari, directed by PRIX ITALIA-winning documentary maker Gerry Fox, will have its premiere at the Curzon Mayfair in London on 2 September, before a limited UK cinema release and its premiere on Sky Arts in late September.

The film follows the Dutch virtuoso Janine Jansen fly-on-the wall from Stockholm, where she lives and teaches, to London, where she will spend ten days becoming acquainted with each of the violins. She will select works that fit them best, learn about their histories and particular foibles, and rehearse and record this album. This is the first time ever that so many of the world’s most highly-prized Strads have been gathered together in one place.

Jansen is accompanied on this journey by Sir Antonio Pappano, Director of the Royal Opera, and, in addition to profiling the histories and personalities of these twelve violins, the film paints a portrait of the collaboration between these two musicians.

The documentary was expedited by Steven Smith, managing director of J&A Beare, who brought together the 12 Stradivari violins for the film and album. The aim was to capture the diversity of sounds that Stradivari violins still produce today, three centuries after they were first made. Since the instruments came from players, foundations, trusts and collectors spread across the globe, the project required an extensive amount of planning, patience and perseverance.