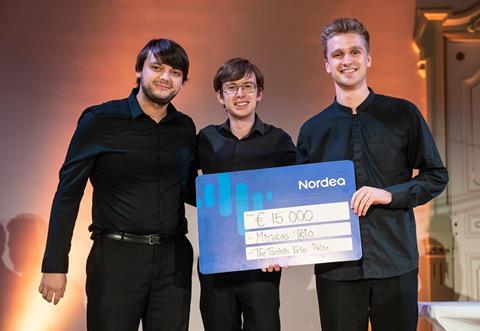 The final round of the 10th TICC competition was held in the Norwegian city’s Freemasons Hall, and the UK-based Mithras Trio impressed with their performance of Beethoven’s ‘Ghost’ Trio, op.70 no.1 in D major.

Trio Hèlios came second, winning €10,000, and Trio Opal came third winning €5,000. Trio Opal also won the audience prize, guaranteeing an invitation to the 2020 festival, plus had already received the €2,000 Kim Trio Commission Prize for their peformance of the Erlend Skomsvoll Playfulness in the semi-final.

Founded in 2000, the Trondheim International Chamber Music Competition is held every two years, alternating between string quartets and piano trios. The 2017 contest was won by Maxwell Quartet, 2015 by Trio Isimsiz, and 2013 by the Van Kuijk Quartet.