Violinist Kyla Matsuura-Miller intends to use the AUD $21,000 prize to shine a light on new compositions by Black, Indigenous and People of Colour (BIPOC) Australian composers 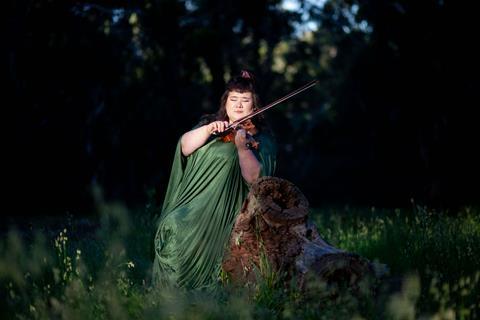 Following the announcement of the finalists in September, the final deciding round consisted of Matsuura-Miller, flautist Eliza Shephard, double bassist Will Hansen and violist Molly Collier-O’Boyle in a livestreamed concert from both Melbourne and Sydney.

Tokyo-born and Melbourne-raised, 28-year-old Matsuura-Miller graduated from the Australian National Academy of Music (ANAM) in 2018. She is currently working with Inventi Ensemble, Trio Clara, Duo Piaggio and Adam McMillan; in 2017 Kyla was an Emerging Artist with the Australian Chamber Orchestra. In 2022 she will be the recipient of the Homophonic Pride Prize.

The project she intends to carry out with her $21,000 Fellowship prize aims to evoke and express elements of the collective cultural memory of being raised non-white in Australia. Film maker Tobias Willis, composer Stéphanie Kabanyana Kandekwe and two other composers to be selected will be invited to draw upon their personal experiences as non-white Australians in newly commissioned works for solo violin and optional electronics, which will culminate in a live performance for Play On and via YouTube.

On receiving the award, Matsuura-Miller stated, ’It is a huge privilege and responsibility, and one that I do not take lightly. To be able to amplify new, unheard stories in classical music will hopefully leave a legacy for others to feel seen, heard and included in the Australian classical music scene’

The jury panel of Penny Lomax, Tamara-Anna Cislowska and Véronique Serret on their decision: ’We are enthusiastic to see new music used as a vehicle to illustrate untold stories. Kyla’s project will see a greater level of inclusivity represented in both artists and audiences’

The Freedman Classical Fellowship is an award offered annually to Australian classical musicians aged up to 30 years. Each nominee must submit recordings of their musical performance and a description of a career-building project which they will carry out with the support of the prize. Previous winners include Genevieve Lacey, William Barton, Joseph Tawadros, Claire Edwardes, Eugene Ughetti and Richard Narroway.

Watch Matsuura-Miller’s winning presentation and performance of Takeda No Komoriuta (Lullaby of Takeda); a traditional Japanese folk song with Brandon Lee on Koto: