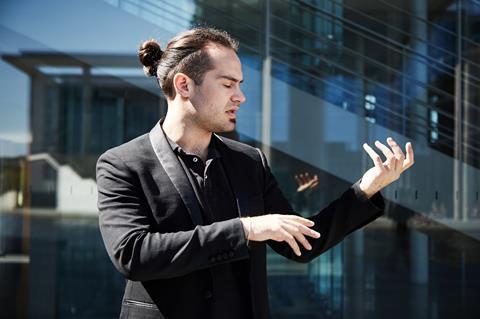 Belgian violinist Marc Bouchkov has been awarded the €5,000 music prize from the Kulturstiftung Dortmund. He will be presented with the award at a concert on 30 November with the Dortmund Philharmonic conducted by Christoph König at the Orchesterzentrum NRW, where he will play the violin concerto by Aram Khachaturian.

The 28-year-old Bouchkov recently came second in the Tchaikovsky Competition, and has a string of distinctions to his name.

He received his first lessons from his grandfather Mattis Vaitsner and went on to study with Claire Bernard and Boris Garlitzky, who has been his mentor ever since, as well as on the postgraduate course at the Kronberg Academy with Mihaela Martin.

The Kulturstiftung Dortmund has promoted art and culture in the city since 1992. It is the third time it has awarded a young artist prize for music, with the previous recipients being cellist Nicolas Altstaedt (2010) and pianist Alexander Krichel (2014).