The Chinese violist, who has trained in the US and Spain, takes home €22,000 in prize money 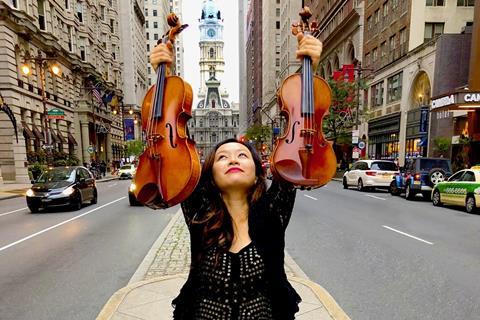 Luosha Fang has been announced as the winner of the viola section of the Vienna Classic Strings competition. The competition is running alongside a cello and violin event, the finals of which take place on 17 and 18 May respectively.

Fang performed Bartók’s Viola Concerto in the final with the Slovak Radio Symphony Orchestra to win the €20,000 first prize, plus a further €2,000 special prize for her performance of a commissioned work by Alexey Shor.

Luosha Fang previously won first prize in the 2018 Tokyo International Viola Competition, and has been appointed as a violin and viola instructor at the Bard College Consevatory of Music starting in autumn 2019.

She began her musical education as a violinist in China before moving to the US at 16 on a scholarship to the Bard College, where she studied with Ida Kavafian and Arnold Steinhardt. She went on to the Curtis Institute as a violin student of Kavafian and Shmuel Ashkenasi, also beginning viola studies with Steven Tenenbom.

She went on to postgraduate studies at the Escuela Superior de Música Reina Sofía in Madrid as a viola student of Nobuko Imai.

The violin semi-finalists are: