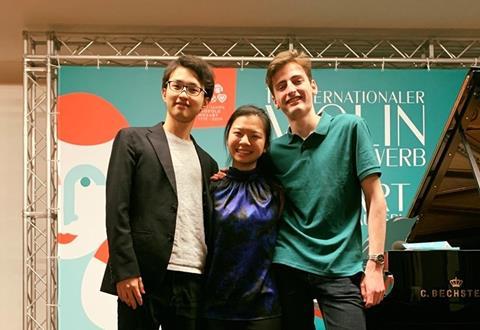 The triennial Leopold Mozart Competition in Augsburg, Germany, has named the three finalists of its 10th edition, taking place in the 300th year since Leopold Mozart’s birth.

A special prize for the best performance in the semi-finals of of the Trio no.1, in D minor op.49 by Felix Mendelssohn (1st movement) went to Simon Wiener (Switzerland).

Founded in 1987, the triennial competition is named after Wolfgang Amadeus Mozart’s father, Leopold, who was born in Augsburg and remains an important figure in violin pedagogy chiefly through his Treatise on the Fundamental Principles of Violin Playing.

The final takes place on Friday 7 June at 5pm local time, and will be streamed at the link below