The violinist wins a cash award of €12,000, a CD recording with the Odense Symphony Orchestra on Orchid Records, and performance opportunities 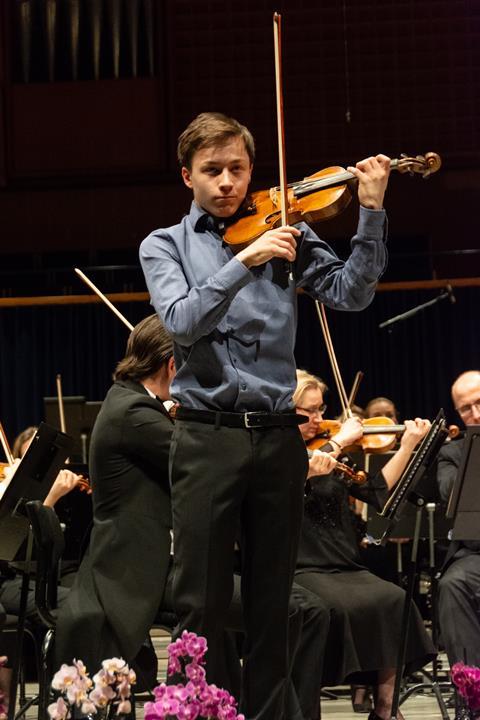 Johan Dalene has won the violin section of the Carl Nielsen International Competition in Odense, Denmark, following a two-part final on Friday 29 and Sunday 31 March.

The 18-year-old Swedish violinist takes home the top prize of €12,000, a CD recording with the Odense Symphony Orchestra on Orchid Records, and up to ten concert appearances with top European orchestras.

Dalene and his fellow finalists performed a 19th- or 20th-century concerto of their choice followed by the Nielsen Violin Concerto with the Odense Symphony Orchestra conducted by Yaron Traub at the Odense Concert Hall over two nights of finals.

Second prize was awarded to 21-year-old Marie-Astrid Hulot from France and third prize to 22-year-old Anna Agafua Egholm from Denmark.

Audiences around the world can tap into nielsen2019.medici.tv for live streaming, replays, interviews and behind the scenes footage.

For more information about the competition and its clarinet and flute winners, visit carlnielsencompetition.com