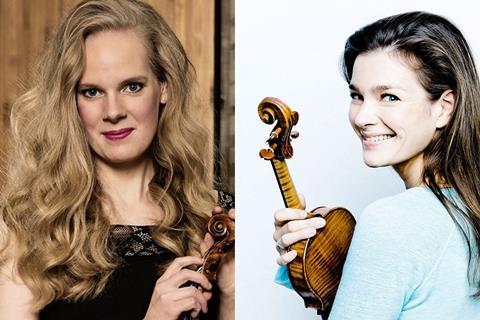 The Concertgebouworkest announced today that the soloist for the first concert of its Autumn season, Janine Jansen, had withdrawn due to illness. Simone Lamsma is taking over the performance of Tchaikovsky’s Violin Concerto, which will sit in an all-Tchaikovsky programme including the Romeo and Juliet Fantasy Overture and excerpts from Swan Lake, conducted by Elim Chan.

‘Violinist Simone Lamsma will be standing in for Janine Jansen, who has expressed her regret at having to cancel. Illness makes it impossible for her to travel,’ the statement said.

Lamsma has previously performed the Walton Violin Concerto with the orchestra in 2012, and is also booked to play the Britten Concerto in January 2020 under conductor Jaap van Zweden. The two have often collaborated in the past, including for Lamsma’s New York Philharmonic and Chicago Symphony debuts.