The violinist has taken a year off with no particular plans, but has a full season booked in 2020-21 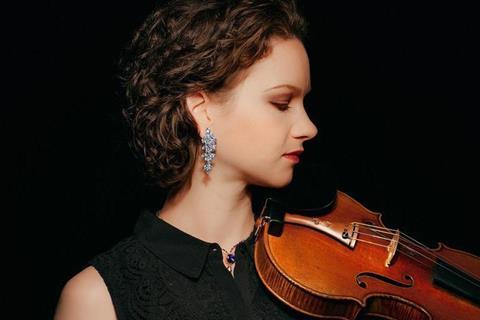 Yesterday Hilary Hahn embarked on a year-long sabbatical, a plan that has been ten years in the making. The US violinist has said on her social media accounts that she has ‘no plans’ for how she will be spending the year, but that she is ‘ready to step back and take it all in, sleep, get into a routine, spend time with people I haven’t been around lately, and rediscover myself. Maybe I’ll knit a sweater. Who knows.’

Her full statement is below:

‘September 1 was the first day of my year-long sabbatical. The night before, I played a concert in Germany with my friends the Deutsch Kammerphilharmonie Bremen. And then, when I woke the next morning, just like that, this thing I’ve been planning for a decade had begun. It’s super nice and intriguing to begin this stretch of luxurious time, and it’s simultaneously a little intimidating. I love performing, touring, and making music with my colleagues. I’ll miss that for a while. But I love other things too, and I’m curious what it’s like to see Autumn, Winter, Spring, and Summer pass in steady succession.

‘In recent weeks, I’ve been thinking back on the 2018-19 concert season, my Bach focus year. So much has happened in a relatively short time! I released two solo albums (Bach and García Abril), was artist in residence at Radio France, toured the world with solo recitals, played chamber music and a wide range of concertos, performed on four continents, and completed two rounds of #100daysofpractice. And that’s just the tip of the iceberg. It’s been intense, busy, and really, really fulfilling. I’m ready to step back and take it all in, sleep, get into a routine, spend time with people I haven’t been around lately, and rediscover myself. Maybe I’ll knit a sweater. Who knows.

‘People have asked me what I’ve planned for this coming year. I have no plans! The best way for me to find out what this sabbatical is meant to be is to start it and see where it wants to take me. I didn’t do anything particularly adventurous on my last one, six months in 2009, but none of it was what I’d predicted beforehand. Yet it was life changing. For this sabbatical, I’ve declined all outward facing work, but I have prepared some materials to post from time to time if I check in. And I’ve got a full, exciting season planned for 2020-21, so I’ll definitely see you then.

‘To all of you out there, you are phenomenal fans. I am grateful for you.’