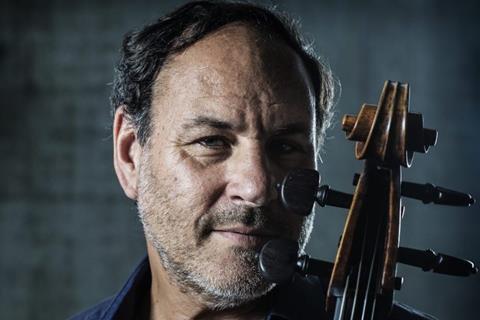 The cellist Gary Hoffman is to join the Curtis Institute of Music Faculty, starting in autumn 2021.

Hoffman will hold the Nina and Billy Albert Chair in Cello Studies, which had been held by Carter Brey, principal cello of the New York Philharmonic. Brey, who joined the faculty in 2008, will officially step down from his teaching activities at Curtis at the end of the 2020–21 academic year.

‘I have enjoyed a rewarding relationship with Curtis and its outstanding students for many years now and it is with feelings of great pride and honour that I expand my role by joining the esteemed faculty,’ says Hoffman. ‘I am equally privileged to follow in the footsteps of my friend and colleague, Carter Brey. Carter and I have known each other for many years and the sense of trust and respect between us, and Peter Wiley as well, will, I hope and believe, ensure continuity within the cello department and Curtis as a whole.’

Hoffman has worked closely with Curtis students in annual residencies since 2018, each of which included master classes, coachings, and side-by-side recitals. As a member of the faculty, he will provide private lessons for cello students in conjunction with Peter Wiley, former cello of the Guarneri Quartet, as well as chamber music coachings.

‘Curtis is honoured to welcome Gary as our newest faculty member,’ says Roberto Díaz, president and CEO of the school. ‘Our students have long benefited from his many residencies with us, so I am very pleased to deepen the connection. While it is bittersweet for us to say goodbye to Carter, we wish him all the best, and are thrilled to have found a new faculty partner in Gary.’

Read: How to play with a flexible bowing arm by cellist Gary Hoffman

Hoffman comes to Curtis following over a decade as master in residence for cello at the Queen Elisabeth Music Chapel in Brussels, where he will continue his teaching activities. Previously he was the youngest faculty appointee in the history of Indiana University’s Jacobs School of Music, where he served for eight years. ‘With the experience we’ve gained in remote teaching and the investments we’ve made in technology over the last year, Gary will be able to maintain a constant presence with students here in Philadelphia, even when he spends time in Brussels,’ says Díaz.

Hoffman gained international renown as the first North American to win the Rostropovich International Cello Competition in 1986. He has appeared as a soloist with the Chicago, London, Montréal, Toronto, San Francisco, Baltimore, and National symphony orchestras; the English, Moscow, and Los Angeles chamber orchestras; Orchestre National de France; Orchestre de la Suisse Romande; the Netherlands and Rotterdam philharmonics; and the Cleveland and Philadelphia orchestras, among others. He has collaborated with conductors including Herbert Blomstedt, Andrew Davis, Jésus Lopez-Cobos, Kent Nagano, André Prévin, Mstislav Rostropovich, and Pinchas Zuckerman. He is a frequent guest performer with the Emerson, Tokyo, Borromeo, Brentano, and Ysaÿe string quartets; as well as the Chamber Music Society of Lincoln Center.