From Dnipro to Landshut: Violins that travel through a war

The story of a violin, completed in Dnipro the day before the Russian invasion on 23 February 2022, and its remarkable journey across Europe, thanks to an encounter on social media 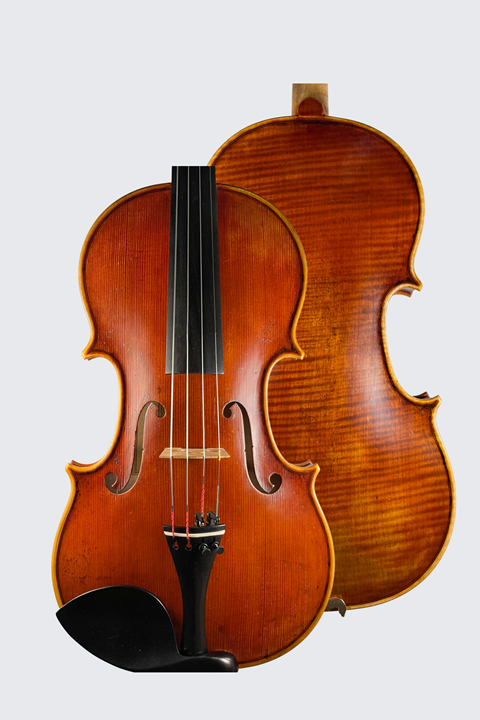 Stanislav Yaroshenko’s first violin to be sold by Laufer & Klein, completed on 23 February 2022. The violin is a Strad model, with a one-piece back and a reddish varnish © S. Yaroshenko

Despite the challenges presented by the ongoing war in Ukraine, two luthier parties have found a way to cooperate between Landshut, Germany, and Dnipro, Ukraine.

Stanislav and Irina Yaroshenko are a husband and wife luthier couple based in Dnipro, a city that straddles the Dnipro River in the east of Ukraine. Both studied music: Stanislav is a violin graduate of the Glinka Academy of Music in Dnipro, while Irina studied viola at the University of Arts in Kharkiv and has taught viola, violin and music theory at the Glinka Academy of Music for over ten years. Since 2009, Stanislav worked with violin maker V. Bely, restoring instruments, and from 2017, the couple have focused their efforts on violin making, with Stanislav completing a violin on 23 February 2022 - the day before the Russian invasion on Ukraine.

Since the outbreak of war earlier in the year, Laufer & Klein Violin Making Studio in Landshut, Germany had been using its Instagram account to refer Ukrainian refugees arriving in the area to addresses offering humanitarian aid. The studio’s social media manager, Tatjana Balzer-Riesen, played an active part in accompanying Ukrainian refugees to aid offices, as well as translating to German.

The Yaroshenkos contacted Laufer & Klein on Instagram, looking for new ways of cooperation and collaboration as existing opportunities to sell their violins disappeared after the onset of war.

Admiring the ’precise but expressive style’ of their violins, Marius Laufer and Christian Klein, the owners of Laufer & Klein, decided to help and proposed to try to sell one of Stanislav and Irina’s instruments in Germany on their behalf, despite the fact that they had no prior experience doing such business between Germany and Ukraine, with increasing legal and logistical obstacles emerging constantly.

The two parties agreed that Stanislav’s violin - completed on 23 February - would be sent 2130km from Dnipro to Landshut via post. ’We don’t know what will happen in the next few weeks,’ said Stanislav. Justifying his choice to send the instruments by post, he continued, ’We’d rather take the risk of unsafe shipping and the chance that the violin will arrive in Germany and find a new player than to think about having to leave the instruments behind and perhaps being destroyed.’

The Yaroshenkos sent the violin by Ukranian post on 2 May 2022. The journey took almost one month - 26 days - to reach its destination in Landshut. The violin encountered no shortage of barriers on its journey: a bomb hit a railway bridge near the postal distribution centre in Kyiv on 4 May, where the violin was located at the time. Despite the impediments, the violin arrived at the Laufer & Klein studio on 28 May and sold shortly afterwards.

Balzer-Riesen believes that the common goal between the parties is to build up a long-term cooperation and to display Irina’s and Stanislav’s instruments regularly in the Laufer & Klein studio, despite the war and its difficulties. Plans are underway to help the Yaroshenkos showcase their instruments beyond Ukraine; two more violins have arrived at the studio from the couple, including another violin by Stanislav, completed in May 2022 in Dnipro, and a violin by Irina, which has already been sold. 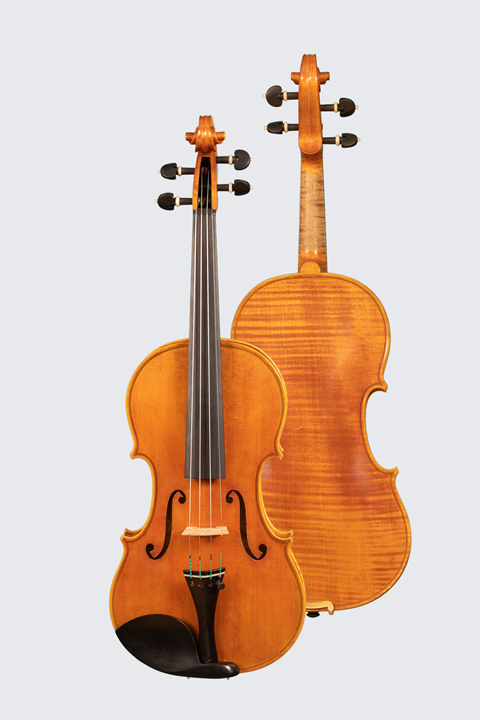 Stanislav Yaroshenko’s violin completed in May 2022. It is on display at the Laufer & Klein studio and on sale for €9000 © T. Balzer-Riesen and C. Klein 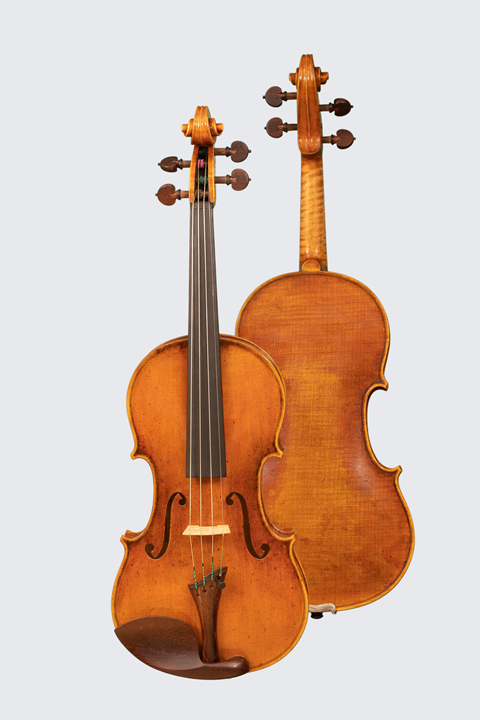 Violin by Irina Yaroshenko, completed in May 2022. The violin is based on a Guarneri model and has already been sold by Laufer & Klein © T. Balzer-Riesen and C. Klein

Despite the recent attacks on Dnipro, Irina states that they are doing well, and says they feel proud that they are able to continue to do their work in the circumstances, determined not to give up. It is the Yaroshenkos’ first collaboration with western Europe, which they hope will provide an inspirational message of international cooperation during times of brutality and conflict.

Laufer & Klein can be contacted via email at info@lauferklein.de, or via Instagram @lauferkleinviolins