The Ukrainian luthier gives an insight into his life and work, six months after the outbreak of war in his country 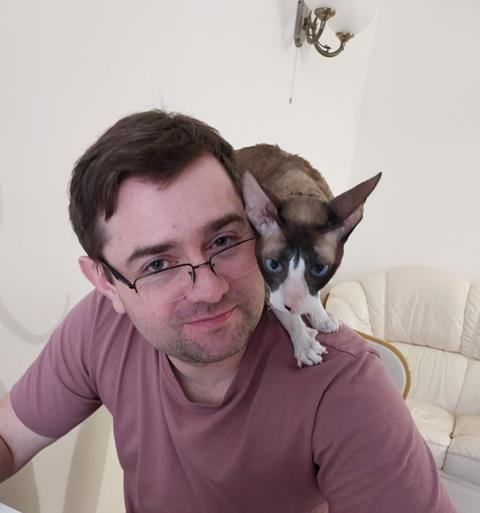 In 2018, Ukrainian luthier Orest Putsentela was featured in The Strad’s ‘My Space’ section. Last March, at the outbreak of the war in Ukraine, he gave The Strad an update on his situation in Lviv, on the western edge of the country. Now, six months later, he provides a further update

In the past six months, a total of more than 500,000 refugees moved to Lviv. Hotels, motels, schools, gyms etc. are overcrowded. At our own place we had 22 temporarily displaced persons from Donetsk, in the eastern part of the country, every day for the first four months of the war. We did our best to make them feel at home: in 2014, their home was taken away for the first time and they moved to Kyiv, so now they have been forced to leave their home for the second time in eight years.

We also had refugee cats Tom, Easy and dog Nilsson. After a month of war, animal food had begun to run out in stores, so we had to arrange deliveries from Poland. Sometimes this is not easy because the Post Office does not serve ordinary people, delivering humanitarian goods only. So we have tried to cooperate with drivers of private buses to deliver such cargo. Things have worked OK so far, and it looks like the Post Office will soon be operating for us again (at least partially).

My uncle Zinoviy periodically transports Ukrainian refugees to the Polish or Hungarian border in his own car. This is also becoming a difficult task because civilians are only allowed to put 20 litres of fuel in their cars each time, and at a much higher price (lines at gas stations are endless). Therefore, our mobility is significantly reduced. 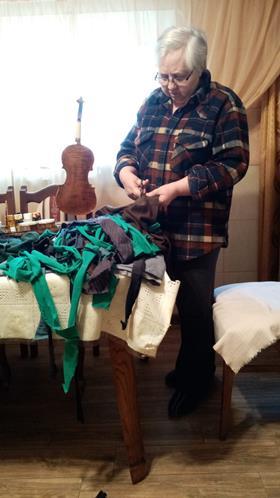 In general, the cost of food has increased significantly and products are lessening in number in stores, but basic necessities still remain. We hope that the war will end before the west of the country undergoes a humanitarian catastrophe, because now we are acting as a reliable rear to back up the front. Meanwhile, my parents are trying to help the army, making cloth stripes out of fabric for weaving camouflage nets. The benefits of such activity are that it calms nerves down.

In addition, every day we receive messages from our friends and volunteers about the current needs of the army, and we are doing all we can to help financially or by personal involvement in the process. We often receive information from Ukrainian allies about providing assistance to the army, but still this does not cover all their needs. About a month ago, ordinary Ukrainians collected funds across the country for three Turkish Bayraktar combat drones for our army. Since the company that manufactures these combat drones will give them to us for free, a satellite for Ukrainian army intelligence was bought with the collected funds, which total around £13 million. We are all proud to be a part of this project for our victory.

Our children have had to change school in order to be closer to home. As parents of schoolchildren, we also participated in the arrangement of the bomb shelter at the school with funds and physical labour (filling bags with sand). This has happened in all schools in Ukraine where there is no warfare. It is mainly provided by the students’ parents because the state does not have any resources for this. According to the government order, education in schools is possible only where there are reliable bomb shelters. Although I personally would be very happy if our children will continue to study online, as it was at the beginning of the war and during the pandemic. It would be much safer that way.

By the way, the pandemic in our country ended on 24 February – as if blown away by the wind! Is Сovid afraid of missiles? It would be funny if it weren’t so sad. (Of course there is some Covid in Ukraine, but there is no time to think about it.)

At the beginning of the war I made two videos/slideshows to attract the world’s attention to the war. I’ve now made two more videos, one being a call to big business (‘Are You Still Funding the Russian Army?’) – using photos of the destruction in Mariupol as well as music composed and played by me. The second was a morale-booster video – (Lullaby for the Russian Tanks) with photos of destroyed tanks on Ukrainian territory. I also played my arrangement of a well-known Russian lullaby on the piano. I was pleased to see that it made the Russians very angry, because of the music and the photos of their destroyed tanks.

Between the sounds of air alarms (we heard three today), we try to continue making violins purely for the sake of art and stress relief. Since in Ukraine we are living one day at a time, we want to do a lot of things that remind us of our lives in peacetime. For me, realising (and perfecting) my idea of a new kind of shoulder rest (violin and viola) became so suffocating, it always seemed to me that it was not the right time for it – but now I understand that there may not be another possibility. So I’ve changed the model I’d previously developed and added a Baroque f-hole to it. So now my shoulder rest is acoustic (hollow) – and thus affects the overall sound of the violin and viola in the most positive way. I could be wrong, but it seems that this is the first shoulder rest with such an idea. 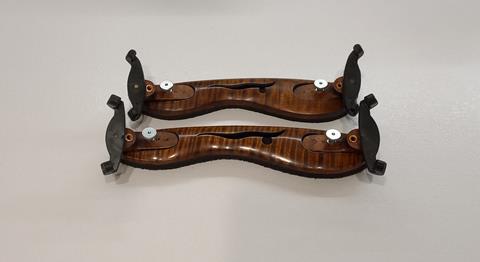 We hope that very soon we will stop thinking about how to win the war and survive, and move on to the stage of great reconstruction of the country after the terrible destruction. And, of course, to violin making at full speed. But we are not even close to that.