Fire breaks out at Chetham’s School of Music

The fire started in a concert hall at the Long Millgate campus around 2.20am on Thursday 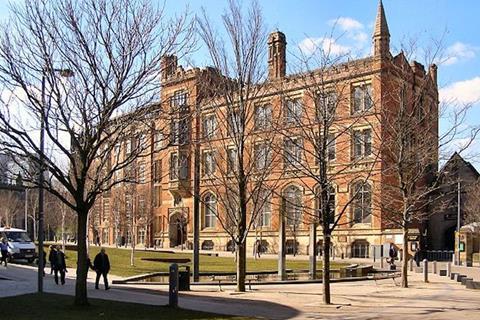 Students at Chetham’s had to be evacuated in the early hours of Thursday morning after a fire broke out at the Manchester-based music school. Pupils at the residential school waited outside as four fire engines arrived at the scene.

Nobody was injured in the fire, which started in a concert hall at the Long Millgate campus around 2.20am on Thursday. But a spokesperson for the school said there was substantial damage to Whiteley Hall and water damage to the school gym.

‘We are incredibly thankful for the rapid response of the emergency services, who responded within minutes ensuring the safety of our young people,’ the spokesperson told Manchester Evening News. ‘We cannot praise our wonderful young people enough for the way they responded with such maturity to the situation.’

The cause of the fire has not yet been announced.