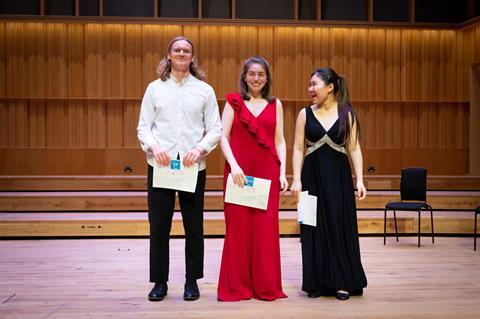 The final round was held on 12 November, which saw the three finalists perform the first movement of either Hoffmeister or Stamitz Viola Concerto, plus Britten’s Lachrymae with the Royal Birmingham Conservatoire Chamber Orchestra, conducted by Angus Webster. The jury members were Matthew Jones, Thomas Riebl and Garth Knox.

Now in its third iteration, the Cecil Aronowitz International Viola Competition is open to viola players aged 21 or younger. The previous winners are Emma Wernig (2017) and Timothy Ridout (2014)