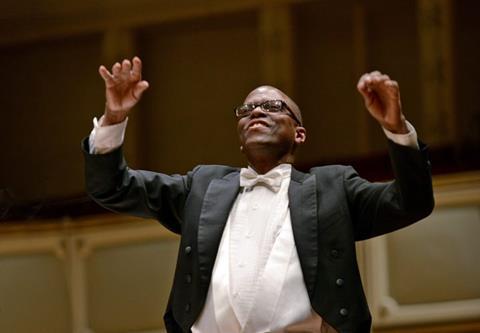 The American violinist and conductor Terrance Malone Gray has died at the age of 59. A statement on the CYSO’s website described their assistant conductor as ‘a vital force within Chicago’s music community, touching the lives of countless fellow players and audience members alike’.

As one of the longest serving employees of the CYSO, the orchestra celebrated his ‘trademark enthusiasm’ that had led the ensembles for nearly 30 years.

Originally from Wisconsin, Gray began his studies with violinist Elizabeth Grabow Mueller at the age of eight before studying with Marc Zinger and Victor Aitay at DePaul University. During his studies, Gray was the concertmaster of the DePaul University Orchestra, later leading the Civic Orchestra of Chicago and playing with the Chicago Sinfonietta and St. Neri Chamber Players.

As a conductor he worked with as principal conductor for the Illinois Chamber Symphony and the CYSO’s Concert Orchestra. In 2002, Gray joined the faculty at the Kalamazoo College, Michigan as director, conductor and professor of violin. Gray also went on to work at Chicago School of the Performing Arts.

Gray was dedicated to giving back to his community and sharing his love of music with the younger generations. Alongside his work with the CYSO, Gray was music director of the Rita Simo Youth Orchestra and the South Side Family Chamber Orchestra. In 2010, Gray was awarded the Conductor of the Year award from the Illinois Council of Orchestras.

On Monday night, the CYSO dedicated their performance at the Rudolfinum in Prague to ‘Terrance and his extraordinary life in music and beyond’.