Casey Driessen: Music in other lands

In 2019, American five-string fiddler Casey Driessen and his family took off around the world for nine months for his music-sharing project Otherlands: A Global Music Exploration. In a tantalising snapshot of his journey, often into the musical unknown, he recalls meeting and playing with some of the great regional ... 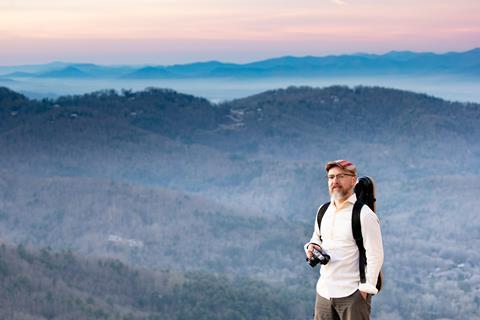 Dad/husband. Global music. Rhythm project. Collaboration. These were my top four sticky notes – out of a dozen priorities and things I was doing to survive as an independent musician. Could I combine them? I was hoping that this exercise in achieving my life goals would give me focus.

International music trips have always left me inspired: the sounds ask me to re-examine my music, and cultural immersion deepens my awareness of how we’re connected and what makes us special. I had continued to look for these experiences for myself and my family, and when the opportunity arose to serve as a director at Berklee College of Music’s campus in Valencia, Spain, we jumped at the chance.

After four years in Spain we began considering our return to the US and decided to take the long route, travelling the world as a family for a year and making music along the way. We allowed ourselves one suitcase and one backpack each, while I also had my fiddle and a case of gear. My Otherlands project began taking shape. The basic idea was simple: meet with musicians and share our traditions, documenting when possible. As a constant travel photographer with audio engineering skills, I figured I could also handle some video. I assembled a mobile rig that fitted in one case and a backpack, but didn’t tip the airline scales.

We kicked off our journey while still in Spain – part ‘goodbye trip’ but also a way to test everything on solid ground. It was September 2019. In preparation, I had a few lessons in flamenco music with guitarist Ricardo Bustamante near Valencia and glimpsed the future. It was challenging and exciting to interpret unfamiliar styles and techniques from different instruments on my fiddle in a short amount of time. I filmed the journey, and set my new rig on a cajón drum to record the song I’d learnt. The project had begun…