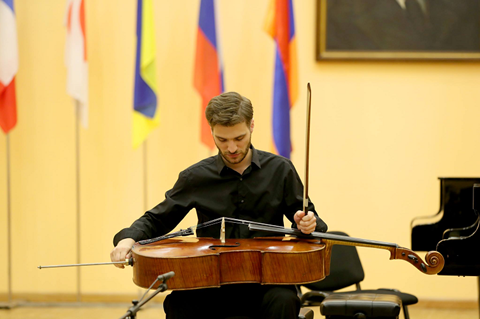 The annual Khachaturian International Competition began in 2003 on the 100th anniversary of the Armenian composer and rotates through piano, violin, cello, conducting and voice categories.

The first round competitors are:

The competition takes place over three rounds: first round on 7 and 8 June, semi-finals on 9 and 10 June, and the finals on 12 and 13 June with a gala concert and awards ceremony on Thursday 14 June at the Aram Khachaturian Concert Hall in Yerevan.