Event in Yerevan, Armenia, is down to last four competing for $15,000 first prize and place alongside successful former winners 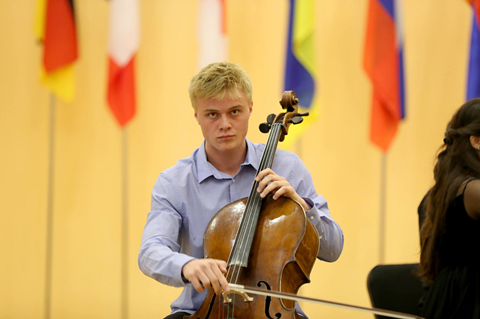 The Khachaturian International Competition, which this year is focusing on the cello, has reached its final stage.

The finals will take place on 12 and 13 June with a gala concert and awards ceremony on Thursday 14 June at the Aram Khachaturian Concert Hall in Yerevan, Armenia.

The competition began in 2003 on the 100th anniversary of Aram Khachaturian’s birth and rotates annually through piano, violin, cello, conducting and voice categories.