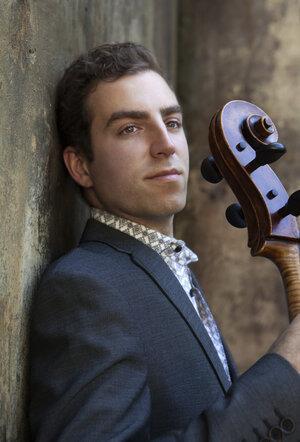 Cuban-American cellist Thomas Mesa has been awarded with a Sphinx Medal of Excellence, one of the highest honours bestowed by the Sphinx Organization. He is one of three recipients alongside soprano Aundi Marie Moore and composer Joel Thompson.

The Sphinx Medal of Excellence recognises extraordinary Black and Latinx classical musicians and includes a $50,000 career grant. The prize is awarded to artists who early in their career demonstrate artistic excellence, outstanding work ethic, a spirit of determination, and an ongoing commitment to leadership and their communities.

Mesa has performed with orchestras around North America including the Philadelphia Orchestra, the Los Angeles Philharmonic at the Hollywood Bowl, the Cleveland Orchestra, Indianapolis Symphony Orchestra and New Jersey Symphony Orchestra. In addition to his 2023 Sphinx Medal of Excellence Award, Mesa also won first prize in the 2016 Sphinx Competition, and was named winner of the Astral Artists 2017 National Auditions.

Last year, Mesa recorded his debut album Division of Memory: Reflection through contemporary cello works on the PARMA recordings label with pianist Yoon Lee. He is due to record a duo album with pianist Michelle Cann featuring composers who are Black and Latinx  under the same label.

This season will see Mesa premiere and tour Jessie Montgomery’s Divided for solo cello and orchestra, a piece that was commissioned by the Sphinx Organization, the New World Symphony, and Carnegie Hall.