The cellist is the latest in a long line of musicians to receive the award, which includes violinists Julia Fischer and Lisa Batiashvili 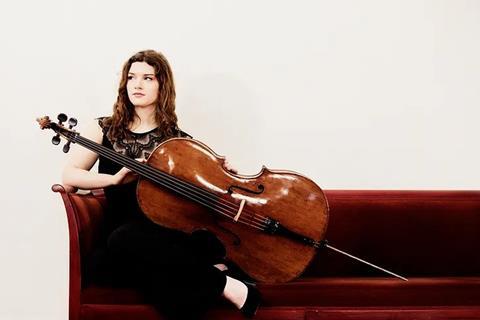 27-year-old Austrian cellist Julia Hagen is the recipient of the Beethoven Ring for 2022. The prize is given each year by the ’Citizens for Beethoven’ association in Bonn and recognises a young artist who has performed a work by Beethoven during the city’s Beethovenfest. The prize aims to promote Beethoven’s music and memory in the city of his birth.

Hagen receives a unique, handcrafted ring of 18k rose gold and silver. The prize has been given annually since 2004, with Gustavo Dudamel as its first recipient. Prominent string players to receive the award include Julia Fischer, Lisa Batiashvili, Ragnhild Hemsing and Nicolas Altstaedt.

’What an honour to join these rows of musicians!’ said Hagen on social media.

Hagen’s musical education includes studies with Detlef Mielke at the Musikum Salzburg. She then studied at the Salzburg Mozarteum with Enrico Bronzi and at the University of Vienna with Reinhard Latzko and from 2013 to 2015 in the class of Heinrich Schiff. She moved to the Berlin University of the Arts in 2015, where she studied with Jens Peter Maintz. Hagen has been a Kronberg Academy scholarship holder with Wolfgang Emanuel Schmidt since 2019.

Between 2014 and 2016, Hagen took part in Gautier Capuçon’s Classe d’Excellence de Violoncelle, initiated by the Fondation Louis Vuitton, as one of six selected young cellists. She has worked as a soloists with orchestras including Konzerthausorchester Berlin, the Tonhalle Orchestra Zurich, the Mozarteumorchester Salzburg, the Bruckner Orchestra Linz and the Kremerata Baltica.

In addition to the 2022 Beethoven Ring, Hagen has collected prizes at the Liezen International Cello Competition and the Mazzacurati Cello Competition and has received awards including the Hajek Boss Wagner Culture Prize and the Nicolas Firmenich Prize from the Verbier Festival Academy as the best young cellist.

Hagen plays a 1684 cello by Francesco Ruggieri on private loan.

Read: ‘It seemed like the Mount Everest of the repertoire’ - Nicolas Altstaedt on Dvořák’s ‘Dumky’ trio