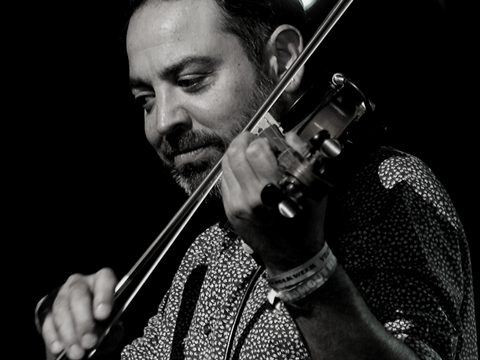 ‘It is with great sadness that we must announce the passing of our beloved Paul, who left us unexpectedly yesterday evening,’ his family announced in a statement on 15 September. ‘We know that he was someone who brought wonderful music into your lives, and that so many of you counted him as a close and dear friend.’

Alongside his work as a traditional violinist, Sartin was known as an oboist, composer, singer and a ‘swanee whistle virtuoso’, according to his biography. He was the founding member of three folk ensembles: Belshazzar’s Feast, Faustus and Bellowhead, all of which received BBC Radio 2 Folk Awards. He also appeared with Jon Boden and The Remnant Kings and the Kelly Bayfield Band.

‘We were privileged to share a stage with this masterful musician and good, good, friend,’ Bellowhead said in a tweet. ‘Our heartfelt thoughts go out to his mother and the boys he was so proud of.’

Sartin was a choral scholar at Oxford and received a first for his master’s in traditional music. In 2007, Sartin received a 75th anniversary award from the English Folk Dance and Song Society.

For over 20 years, Sartin was director of the Andover Museum Loft Singers, a non-auditioning community choir specialising in traditional music of the south and south-west of England. As a composer and arranger, Sartin had released various collections of traditional music. His latest work The Community Choir Collection: Folk, 50 Traditional Songs from the British Isles was released in 2016 with Faber Publications.