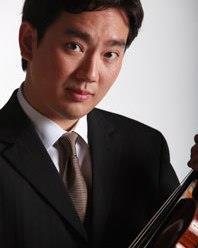 The New York Philharmonic has announced that it will try out violinist Frank Huang as its potential new concertmaster this week. The Chinese-born American, currently concertmaster with the Houston Symphony, is the second musician to audition for the coveted role following the retirement of Glenn Dicterow, who played with the orchestra for 34 years. Last year the Philharmonic also gave Minnesota concertmaster Erin Keefe a two-week trial.

Huang ‘remains one of several candidates being considered for the position of concertmaster,’ said the orchestra in a statement. ‘Additional details about the search and auditions procedures remain confidential, and the Philharmonic has no further information about the status at this time.’

Huang will lead New York Philharmonic concerts from 21 to 28 October. In addition to his orchestral achievements, the Cleveland Institute and Juilliard School graduate won first prize in the Walter W Naumburg and Hannover International Violin Competitions in 2003 and 2000 respectively.