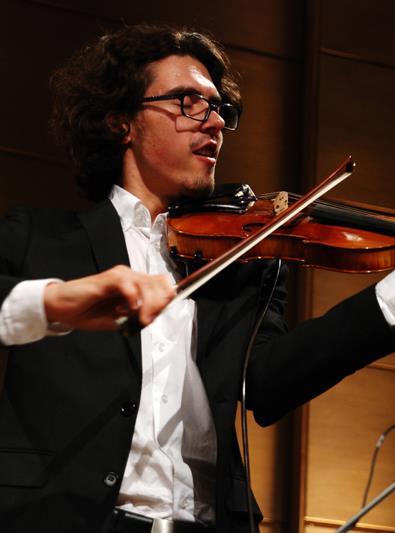 Bartosz Dworak has won the €10,000 first prize at the inaugural Zbigniew Seifert International Jazz Violin Competition. The 26-year-old received the award on 19 July at a gala concert in Kraków, Poland. The competition was held as part of the city’s 2014 Summer Jazz Festival.

Second prize and €5,000 went to the 24-year-old Catalonian Apel-les Carod Requesens and the third was jointly awarded to Poland’s Dawid Lubowicz, 32, and Slovakian Roman Janoska, 25. Both received €2,000. Stanislaw Slowi?ski, 32, won an audience prize. In all, ten finalists took part in the competition, held from 16–19 July at the Krzysztof Penderecki European Centre for Music in Luslawice, east of Kraków.

Born in 1988 in Tarnów, south-east Poland, Dworak graduated from the Szymanowski Music Academy in 2013. As well as playing in the groups Mango Collective and Klezzmates, Dworak leads his own jazz quartet.

The Seifert Competition’s jury was made up of jazz bassist Glen Moore, violinist Mark Feldman and Janusz M. Stefa?ski, a percussionist and professor of jazz at the Johannes Gutenberg University in Mainz, Germany.

The biennial competition was organised by the Zbigniew Seifert Foundation to honour the memory of the Polish jazz violinist. Strongly influenced by the music of saxophonist John Coltrane, Seifert performed with the Tomasz Sta?ko Quintet and gained a reputation as one of the country's leading jazz violinists before his death in 1979 at the age of 32. The competition's next edition will take place in 2016.