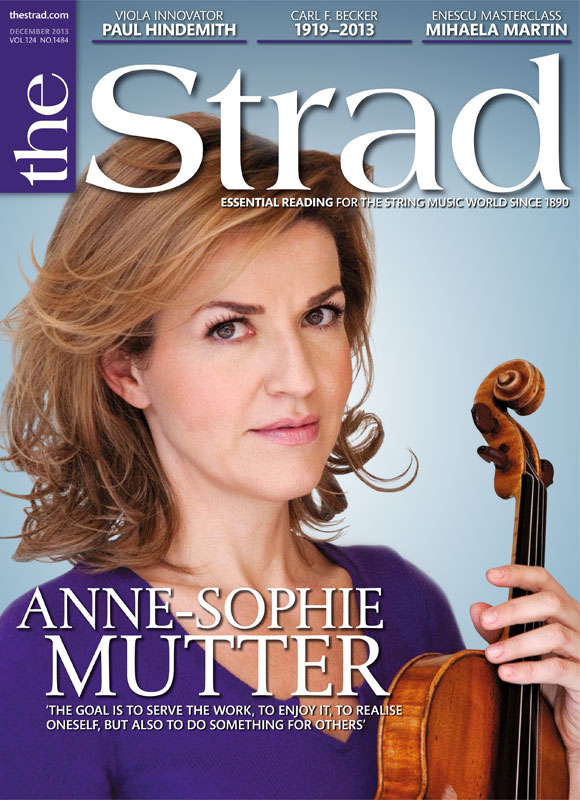 The December issue of The Strad is now on sale. In this edition the German violinist Anne-Sophie Mutter discusses her many-stranded approach to bringing classical music to the new generation, plus there is a chance to win one of ten copies of Mutter’s new Dvorák Violin Concerto CD.

Continuing with the new generation, a group of pioneering teachers in the US reveal how they are helping youngsters born with limb differences to play stringed instruments. One such teacher, Jennifer Petry, tells how her inspiring journey into this specialist area of string teaching began with her own adopted daughter.

Also in the issue, the rise and dramatic fall of the disgraced violin dealer Dietmar Machold – how he was finally brought to justice, and the tragic tale of his long-time secretary who took her own life shortly after his arrest.

Elsewhere, four leading violists and pedagogues discuss the rewards and challenges of the music of Paul Hindemith – a composer who did more than any other of his era to champion the solo credentials of the instrument. We salute the mastery of Chicago-based maker and restorer Carl F. Becker, who died in January, and lutherie teacher Robert Cain swaps his Newark School workshop for Afghanistan’s only music academy via the charity Luthiers sans Frontières.