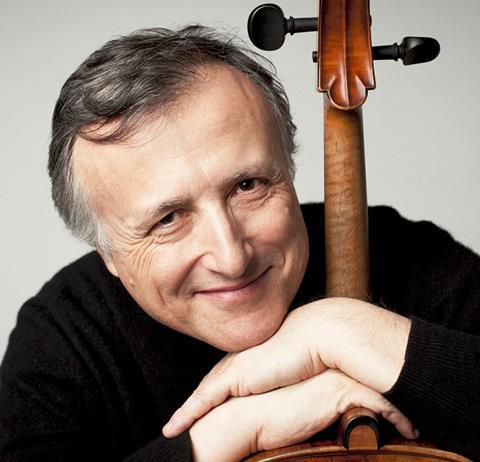 Currently professor of cello at the Zürcher Hochschule der Künste, Raphael Wallfisch studied with Russian cellist Gregor Piatigorsky in California, where he was chosen to perform chamber music with Jascha Heifetz in informal recitals at Piatigorsky’s home. At the age of 24 he won the Gaspar Cassadó International Cello Competition in Florence, which launched his international performing career.

‘I'm delighted to be joining the distinguished faculty at the Royal College of Music, following in the footsteps not only of my father who taught there until 1989, but also my dear teacher Amaryllis Fleming!' said Wallfisch. 'I look forward to a long and fruitful association with the College.’

Artistic director of the Open Strings Cello Academy since 2004, Danish cellist Jakob Kullberg is a former winner of the Gladsaxe Music Prize and of two Danish Grammy Awards. The Danish composer Per Nørgård has composed numerous works for him.

‘It is something of a dream come true for me to become part of, and to contribute to the Royal College of Music with its rich history and distinguished faculty,' said Kullberg. 'I cannot wait to interact and share my craft with the gifted students of the institution.’