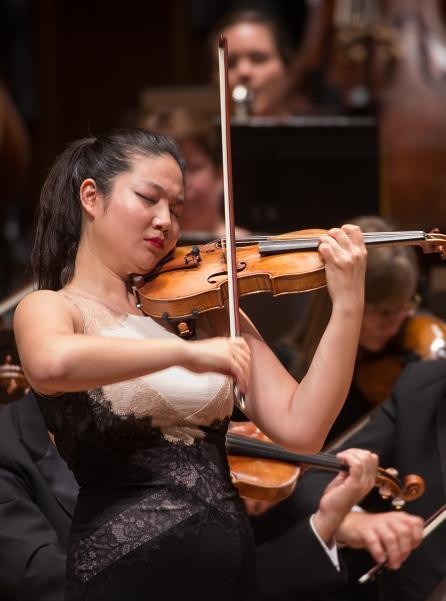 South Korean violinist Jinjoo Cho has won the first prize at the 2014 International Violin Competition of Indianapolis (IVCI). The 26-year-old will receive a $30,000 cash prize, a gold medal and career management for the next four years, as well as the four-year loan of the 1683 ‘Gingold’ Stradivarius.

Second prize and $15,000 was won by US violinist Tessa Lark, 25, the only non-South Korean finalist in this year's competition. Lark, who won the 2012 Naumburg International Violin Award,  chose the Walton Concerto for her final performance. The third-place laureate was Ji Young Lim, who performed the Brahms Concerto. The 19-year-old, who has previously won prizes at the Montreal, Henri Marteau and Euroasia competitions, receives $10,000

Before the concerto finals began, juror Miriam Fried recused herself from voting during the finals, as three of the finalists (Tessa Lark, Yoo Jin Jang and Dami Kim) had all been her students. The remaining jurors for the Competition were Jaime Laredo (jury president), Ellen Taaffe Zwilich, Dong-Suk Kang, Boris Kuschnir, Cho-Liang Lin, Philip Setzer, Dmitry Sitkovetsky and Kyoko Takezawa.