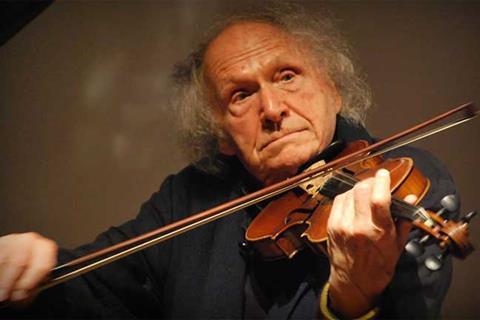 Ivry Gitlis, the Israeli violinist and UNESCO Goodwill Ambassador, was born in Haifa, Palestine Mandate, to Jewish parents. He studied with a long line of teachers, among them George Enescu, then went on to perform with orchestras all over the world such as the New York Philharmonic, Berlin Philharmonic and Philadelphia.  The first Israeli violinist to perform in the Soviet Union (in 1963), he gave a series of concerts under the cultural exchange programme of the Soviet Union and Israel.  Other projects have included a performance of 'Whole Lotta Yoko' with Yoko Ono and The Dirty Mac and an acting role as Hypnotist in Francois Truffaut 's film, 'The Story of Adele H'.