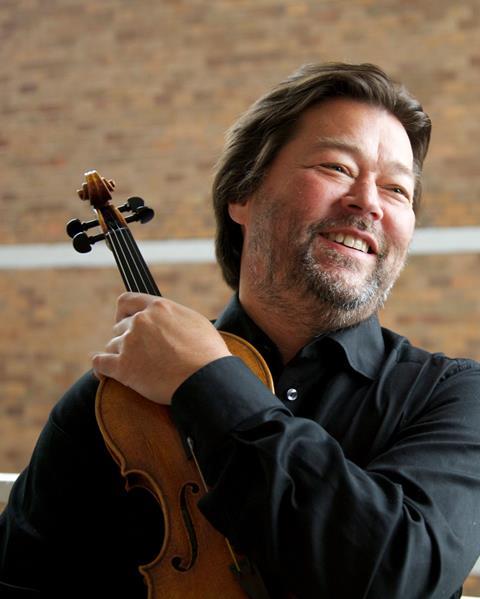 The Indiana University Jacobs School of Music has appointed Joseph Swensen as visiting professor of violin. The New Jersey-born violinist, composer and conductor will start his position in the autumn of 2013.

Swensen is currently conductor emeritus of the Scottish Chamber Orchestra (SCO). He was the SCO's principal conductor from 1996 to 2005, and has also held conducting posts with the Orchestre de Chambre de Paris, the Lahti Symphony Orchestra and the BBC National Orchestra of Wales.

Before turning to conducting, Swensen enjoyed a career as a solo violinist and chamber musician. He trained at Juilliard under Dorothy DeLay, and studied chamber music with Robert Mann, Leonard Rose and Felix Galimir. He also studied privately with Isaac Stern over a ten-year period.

Swensen recently returned to performing as a solo violinist, joining the London Mozart Players in February 2013 for two performances of the Brahms Violin Concerto. He has also formed a new trio with pianist Jeffrey Kahane and cellist Carter Brey.

As a composer, Swensen's works for strings include Mantram (1998) for string orchestra and percussion, and Latif (1999) for solo cello with chamber ensemble.