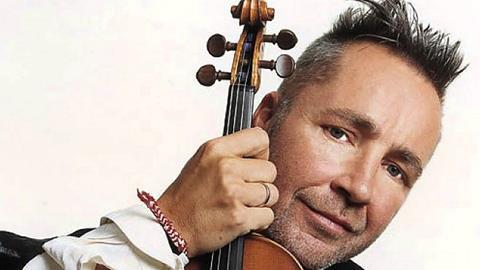 Nigel Kennedy has announced that he may give up performing all classical music within the next few years - except Bach.

The British violinist was speaking to Classic FM ahead of his forthcoming 'Nigel Kennedy and Friends' concert at London's Royal Albert Hall on14 March, featuring repertoire ranging from Bach to Hendrix, world music and jazz.

'I’m thinking of giving up the whole of classical music except Bach,' he said. 'I’m going to do one or two things in the next couple of years but then devote most of my attention to other aspects of music outside classical, but Bach’s always going to be there.'

The violinist, who has experimented with a number of different genres in recent years, spoke to The Strad about his love of Bach in 2015:

‘Bach is something I play at home every day. It’s my way to wake up, to get into my playing. The structure is phenomenal and it makes you think about music; it helps you to open your mind. It’s like a form of meditation. All the musicians know Bach, so it’s a good meeting place to start the journey from.’

Read: Violinist Nigel Kennedy on Bach, Hendrix, and why he thinks music students should skip college