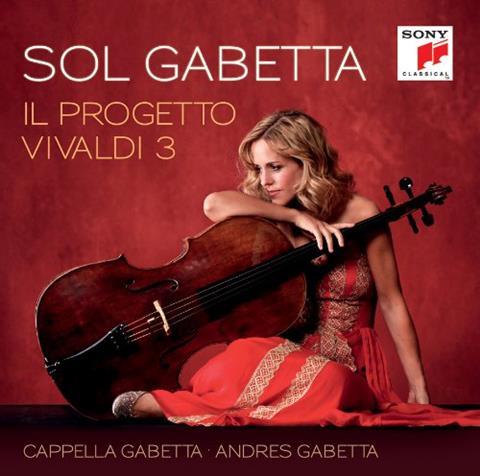 This project’s third volume combines and contrasts concertos by Vivaldi with those of three compatriot contemporaries. Despite her use of an original 1781 Ferdinando Gagliano cello for some works (a 1752 G.B. Guadagnini graces the others), Sol Gabetta’s interpretations are unashamedly Romantic in technique and style, emphasising that there is more to historically informed performance than simply using period instruments.

That said, Gabetta is as good a cellist as may be met in a long march – pitch-perfect (even in the often high tessitura of the first movement of Vivaldi’s Concerto for two mandolins RV532, in an arrangement for violin and cello soloists), cultured of tone, incisive but not edgy, and alert to every nuance. Some of her tempos exceed the speed limit – witness the finales of all four Vivaldi concertos – yet alongside playing of muscular virtuosity are some sublimely lyrical moments, notably in the aria-like Largo of RV422 and the central movements of Zani and Chelleri’s concertos. Chelleri’s opera-influenced work, recorded here for the first time, is a real gem.