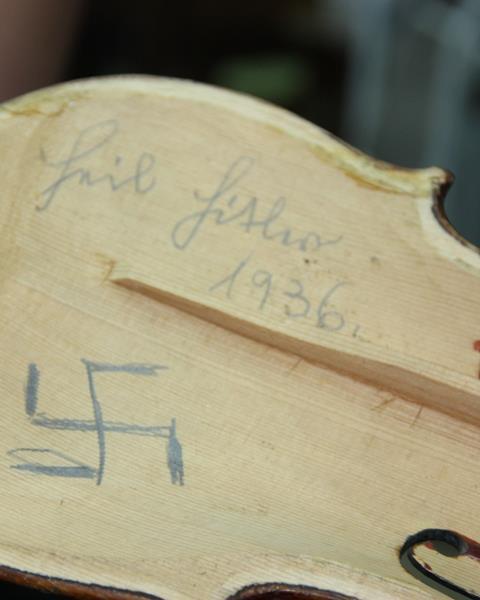 Violins of Hope – a collection of instruments played by Jewish musicians before and during the Holocaust – is to form the basis of a programme of concerts, exhibitions and educational opportunities in Cleveland, US, running from 27 September 2015 to 3 January 2016.

The collection features some 45 Holocaust-era violins, restored by Tel Aviv violin maker Amnon Weinstein over a period of two decades. The instruments have since been performed in concerts around the world, most recently by the Berlin Philharmonic in January 2015. The Cleveland visit will mark the violins’ second trip to the US following their two-week residency at the University of North Carolina in spring 2012.

The Cleveland project, supported by seven local organisations, will include orchestral, chamber music, and klezmer concerts; an exhibition at the Maltz Museum of Jewish Heritage; lectures; films; and educational programming in schools throughout Greater Cleveland. Highlights include a September concert featuring The Cleveland Orchestra and violinist Shlomo Mintz, under the direction of Franz Welser-Möst.