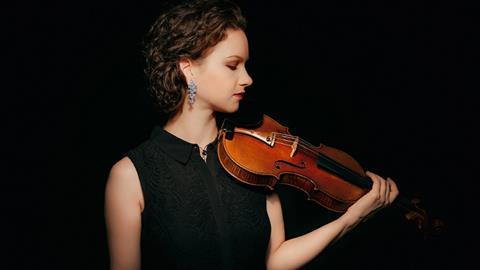 The 2013-14 season marked the 30th anniversary of two-time Grammy-winning American violinist Hilary Hahn’s first violin lesson. In the two decades since her professional debut, she has delved into core repertoire, contemporary music, and less familiar classic compositions with equal commitment. Hilary Hahn has released 15 albums on the Deutsche Grammophon and Sony labels, in addition to three DVDs, an Oscar-nominated movie soundtrack, an award-winning recording for children, and various compilations. Passionately attached to her violin, an 1864 copy of Paganini's Cannone made by Vuillaume, Hilary Hahn has also set up social media accounts for her violin case on Twitter and Instagram.