Recent allegations about child abuse at the BBC have exposed a culture of turning a blind eye. Music education institutions must learn from the consequences of such an attitude, argues Ariane Todes 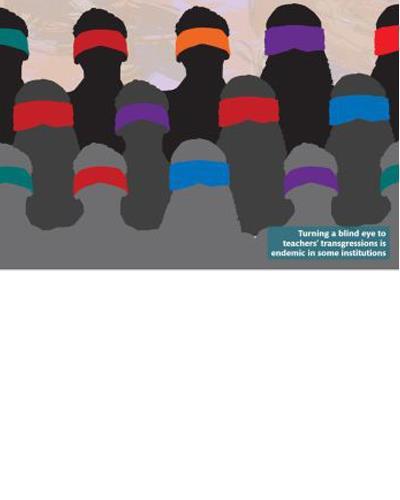 The recent reports that have emerged about Jimmy Savile and his apparent abuse of children over the years have been shocking. For those of you outside the UK, Savile was a leading figure in 1960s and 1970s BBC light entertainment broadcasting. His programme Jim’ll Fix It was a weekly favourite (I once wrote to him to ask if I could play the Bach ‘Double’ with Itzhak Perlman) and he raised £40m for charities across the country. It was only after his death in 2011 that stories came out of how he’d used his fame to exploit sexually the very children he was making programmes with and raising money for, over a period of 40 years.

The whole thing is sickening, of course, and casts a dark shadow over any nostalgia one feels for the supposed innocence of that era. But what is most shocking is that some people were aware of the abuse at the time. Staff at the BBC apparently knew what he was doing, but it seems the culture of turning a blind eye was endemic.

If you’re asking yourself what relevance this has to the string world then you’ve probably never been through conservatoire education. Most people who have, certainly in the UK, know of professors who have crossed certain lines with students, some on a serial basis. We wrote about the subject in our February 2012 issue, where a string player, who wished to remain anonymous, stated: ‘I know of several ex-students who have never really recovered from being drawn into a relationship with their teacher. In some cases, staff members have resigned after “blowing the whistle” on a colleague and seeing their concerns ignored. To my knowledge, some students have had their own complaints dismissed, and been obliged to leave and transfer to less prestigious institutions.’

The author detailed different types of relationship in the teaching setting, from one that ends up as a happy commitment, to the predatory and serial kind that is an abuse of the power-imbalanced teacher–student relationship and a dereliction of the duty of care. It might at least be possible to debate the rights and wrongs of the former (when a student is above the age of consent) but the latter is unequivocally wrong, and it is up to institutions to protect their students from such harm.

I’m not suggesting that the scale of this issue in music institutions in the UK is anywhere near the level of Savile’s abuse of the often very young (although historically there are examples of such issues at music schools). What is similar is the institutional blind eye that allows it to happen in the first place. For these things to happen anywhere there must exist a culture where figures feel empowered to cross acceptable boundaries, and no one is prepared to stop them. The victims of their behaviour feel unsupported and at risk even discussing it for fear of damaging their progress in college, and even further on in their career.

How does it happen? In such relatively small institutions, people generally know what’s going on. Students talk to each other; professors talk to each other; students may confide in staff members. Maybe staff members feel this is malicious gossip (sometimes it might be); maybe they don’t want to get involved; maybe they don’t feel they’ll be listened to. Professors involved may be important – they may be great teachers, great players, or good fund-raisers. The people in authority may feel they don’t want to rock any boats, especially when a student has been too scared to make an official complaint. Maybe those at the top don’t have the management experience to deal with the issue. So everything is quietly brushed under the carpet and a culture is propagated that protects the person doing the harm.

Faced with ever-mounting evidence about what was allowed to happen in its organisation in the 70s, the BBC is currently undergoing an independent review and a great deal of soul-searching. The director-general, George Entwistle, has already answered questions from Parliament. He may be only a few months into the job, but ultimately in any organisation the buck stops at the top. The person in that position has the chance to set the organisational culture by making clear what unacceptable behaviour is, and providing clear, fair procedures for people who feel that they have a grievance. Above all, they have to listen to people in their charge, rather than just the ones with perceived power. If one good thing can come out of the Savile case, it’s a cultural shift in the way that organisations deal with these matters.