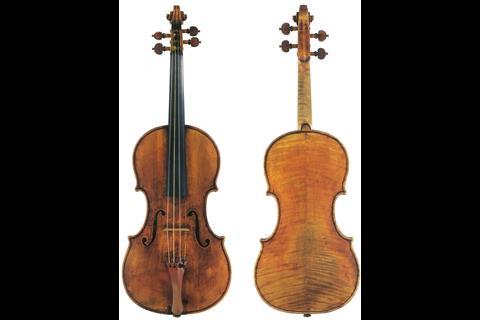 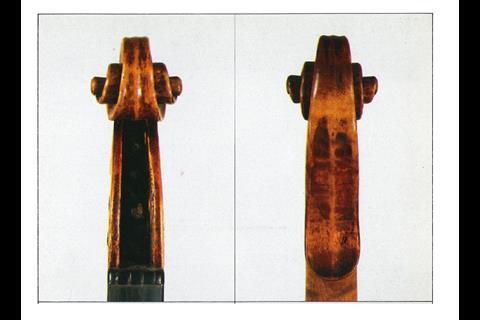 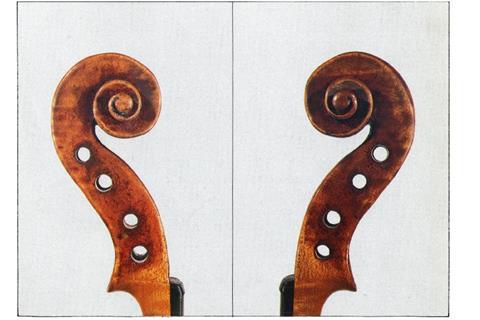 These photos were published in the December 1988 issue of The Strad in a special issue dedicated to Jascha Heifetz which also featured a poster of the violin. This is the accompanying text

The violin featured in this month’s Strad poster in the famed ‘David’ Guarneri del Gesù of 1742, the primary concert violin of Jascha Heifetz. Before owning the ‘David’ del Gesù, Heifetz played a Tononi violin made in 1735 (on which he made his historic Carnegie Hall début in 1917) and a Stradivari. Heifetz purchased the del Gesù from Emil Hermann in 1922, and performed virtually all his concerts and recordings on this instrument. (A notable exception was the recording of the Mendelssohn Concerto made with Thomas Beecham in 1949 where Heifetz played the ‘Dolphin’ Strad, and instrument he acquired in 1937.)

The history of the ‘David’ del Gesù is described in a letter by Alfred Hill dated 25 August 1922:

It was purchased by Ferdinand David of Leipzig, the well-known violinist, from J. B. Vuillaume of Paris, toward the middle of the last century. On his death it passed into the hands of his son, Paul, likewise a musician and teacher of the violin at Uppingham, one of our well-known Public Schools, who is now living in retirement at Oxford. For reasons unknown to us, he had to part with the violin about 1885-7 and the instrument returned to Germany where it passed into the possession of Florian Zajic, an excellent artist who passed the greater part of his career at Strassburg.

The label the instrument bears is not the original but I am sure that it dates from 1739, 40 or 41, and I consider it to be one of the fine existing examples of this period of the maker’s work.