From the archive: a violin by Nicolo Gagliano, Naples, 1780 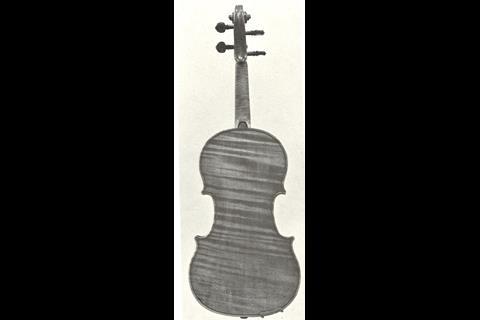 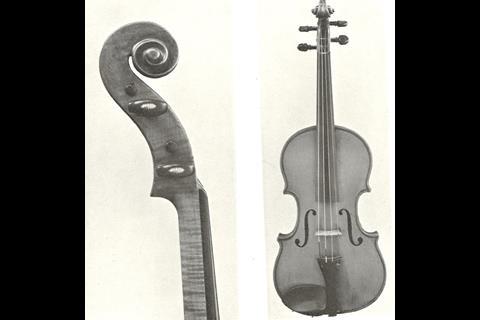 This illustration of a 1780 Nicolo Gagliano violin was published in The Strad, July 1936. The following text is extracted from an article accompanying the photographs:

The pristine condition of this example prompts us to consider how much longer will the violins of Amati, Stradivarius and the Guarneris last, or rather how much longer will they survive as playable musical instruments? Whose instruments are destined to fill the places of the Old Masters of the 17th and 18th centuries when they eventually have to be laid aside, and the Gagliano family would appear as very likely successors.

Nicolo was probably the most prolific maker of the family. According to his labels he worked until quite late in the 18th century and probably died in 1780 or very shortly afterwards. Incidentally the violin illustrated bears an original ticket dated 1780 and is thus one of his last.

The varnish of this example is a clean golden yellow of the type looked upon as characteristic of the Neapolitan school. The whole-piece back is of very handsome wood and the sides are from the same or a very similar piece. The belly, in two pieces, is of rather fine and even grain. The scroll cannot be described as a handsome piece of carving but is typical of the maker. The upright position of the sound holes should be noted, also their placing which is slightly higher than usual.